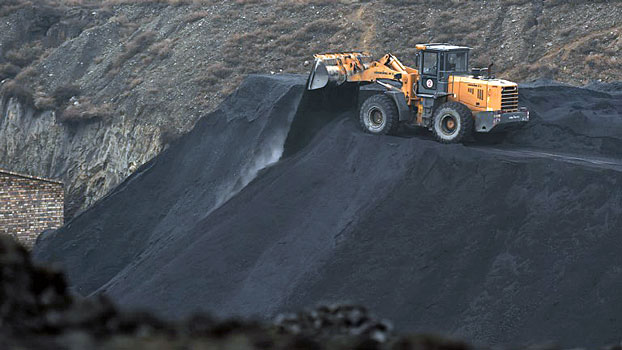 A front-end loader drops a load of coal near a coal mine at Datong, northern China's Shanxi province, Nov. 20, 2015.
AFP

Official energy data from China have confirmed what climate scientists have feared. The world's biggest coal user has boosted consumption for the second year in a row, posting the largest increase since 2013.

In its annual communique released on Feb. 28, the National Bureau of Statistics (NBS) mixed good news with bad.

Coal's share of China's primary energy mix dropped to 59 percent last year, down 1.4 percentage points from 2017 as renewable energy made gains, the NBS said. But coal consumption rose 1 percent, growing more than twice as fast as it did a year before.

The smaller share and the larger volume are both possible because total energy use rose 3.3 percent, according to the agency's preliminary estimate.

The growth of total energy consumption was faster than the 2.9-percent pace of 2017 as the government pushed stimulus projects and bank lending in response to the economic slowdown.

China's gross domestic product rose 6.6 percent last year, down from the 6.8-percent pace recorded in 2017, slipping to the lowest level of growth since 1990.

In 2017, coal consumption edged up 0.4 percent after three years of declines. That increase prompted warnings from environmental analysts over backsliding on carbon emissions and climate goals.

With the results for 2018, it now appears that the warnings on climate impact were justified, although Ecology and Environment Minister Li Ganjie told reporters at China's annual legislative sessions that the environment had "witnessed continuous improvement in the past year."

In its report to lawmakers on March 5, the National Development and Reform Commission (NDRC) said it "continued working to cut coal consumption," but the top planning agency said nothing about the results.

David Fridley, staff scientist at the China Energy Group of the Lawrence Berkeley National Laboratory in California, said the increased coal use has been driven by rising electricity demand, despite greater contributions from non-fossil fuels.

"A one-percent rise is not good news, and it demonstrates the challenge of trying to back out coal in total electricity generation as demand continues to soar," Fridley said.

While renewable energy sources are growing at double-digit rates, coal use will also rise as long as power demand continues to increase by more than 2.5 percent to 3.5 percent, Fridley said.

"As long as thermal (generation) maintains this leading role in marginal production, it will be difficult to see substantial drops in coal consumption," he said.

Much of the recent coverage of China's environmental progress has focused on winter fuel switching from coal to natural gas and electricity to reduce smog. But the new data suggests that coal consumption will continue to grow despite the smog curbs.

Even small percentage changes in China's rate of coal use are critical for world emissions because the country is the biggest source of greenhouse gases by far.

In 2017, China's share of global coal consumption stood at 50.7 percent, according to the BP Statistical Review of World Energy.

The NBS did not disclose 2018 tonnage figures, following its convention of reporting energy use in terms of millions of tons of "coal equivalent," a measure reflecting the relatively low heat content of Chinese coal.

RFA calculations based on past NBS data suggest that the 2018 consumption figure would be about 3.83 billion tons.

That volume would nearly double the NBS estimate of consumption growth with an increase of 1.8 percent.

More precise calculations from the NBS numbers are not possible because of variations in the heat content of Chinese coal from year to year. The agency publishes final tonnage estimates in an energy statistical yearbook, but the data may be as late as 20 months after the end of each year.

Perhaps more important than the varied estimates for 2018 is the expectation that coal consumption will continue to grow. Consumption is expected to reach 3.89 billion tons in 2019, Wang said.

"China is likely to consume about 4 billion metric tons of coal annually in the next five years, despite some assumptions that consumption would drop within a few years because of changes in the country's energy mix," said another CNCA official, as quoted by the official English-language China Daily on March 5.

"The Chinese economy is developing steadily with a sound upward momentum, which will boost energy needs, and coal demand in estimated to increase for coal-fired power, as electricity is taking a growing share in energy consumption," said CNCA's vice president, Jiang Zhimin. 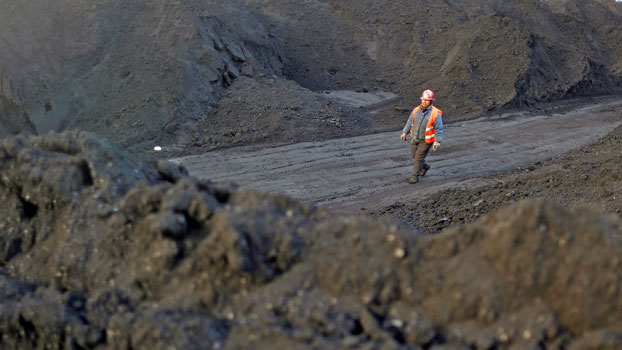 The industry statements are largely in agreement with those of international climate scientists of the Global Carbon Project, who have issued a series of warnings about the pace of coal burning and global warming goals.

"There was hope that China was rapidly moving away from coal power generation, but the last two years has shown it will not be so easy for China to say farewell to coal quickly," said Jan Ivar Korsbakken, a member of the project in a December statement.

"Coal is likely to dominate the Chinese energy system in the next decade, even if the skyrocketing growth seen in the mid-2000s is unlikely to return," Korsbakken said.

Before the end of last year, the group estimated that China's carbon dioxide (CO2) emissions would rise by 4.7 percent, with a possible range of from 2.0 percent to 7.4 percent.

Other estimates, like one from the environmental group Greenpeace, have been in the range of 3 percent.

As with the coal figures, the NBS did not report carbon volumes, but expressed emissions in terms of GDP.

According to the NBS, CO2 emissions per unit of GDP fell 4.0 percent last year, but the drop in "carbon intensity" was lower than the 5.1-percent decrease reported for 2017.

"As for emissions, I don't think growth was as large as energy overall (3.3 percent), since coal added only 1 percent compared to 6.5 percent for oil and 17.7 percent for natural gas, which are less emissions intensive than coal," Fridley said by email.

But he dismissed the energy and carbon intensity measures as "not very meaningful," since negative numbers still represent increases in absolute volumes of emissions.

"And since the Intergovernmental Panel on Climate Change (IPCC) report in October asserts we have to reduce total emissions by 45 percent over 2010 by 2030 to avoid more than a 1.5-degree Centigrade rise in temperature, the fact that it went up by any magnitude is bad news," Fridley said.

According to Global Carbon Project data, China's energy-related CO2 emissions rose 1.3 percent in 2017 to over 9.8 billion tons. The volume represented 27.2 percent of the worldwide total, slightly less than the BP estimate of 27.6 percent.

In December, the group said that global emissions were on track to increase by more than 2 percent in 2018 due to growth in coal use.