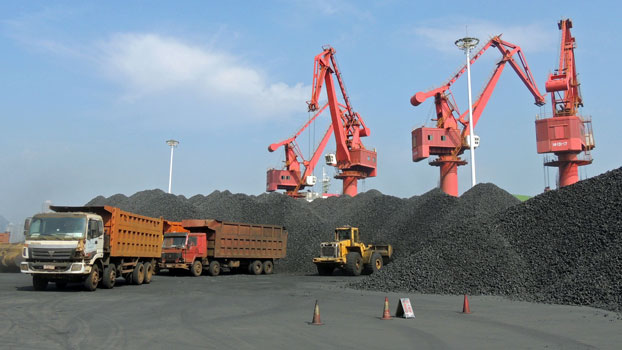 After years of cutting overcapacity in the coal industry, China appears to be reversing course, raising environmental concerns as the government spurs economic growth.

The expansion came despite Premier Li Keqiang's pledge to "get rid of" 150 million tons of capacity in 2018, announced in his work report to national legislators in March of last year. Li said nothing about adding new capacity to offset the cuts.

The additions may mark the end of China's campaign for consolidation and capacity cutting in the coal industry, which was driven by overproduction and collapsing prices in 2012.

The increases may have consequences for greenhouse gas emissions and climate change if higher capacity leads to greater growth in production and consumption. China's output of coal rose 5.2 percent last year.

In the first two months of 2019, coal production fell 1.5 percent from a year earlier, the National Bureau of Statistics (NBS) said.

China is by far the world's leading producer and consumer of coal, accounting for about half of global volumes. Because of China's huge share, small changes in growth can have major consequences for carbon emissions.

In its report to this year's legislative sessions, the National Development and Reform Commission (NDRC) said the government had already cut 270 million tons of coal capacity under its 13th Five-Year Plan for 2016-2020, meeting its goal "two years ahead of schedule."

The top planning agency made no commitments to further capacity reductions or firm promises to lower total consumption in the rest of its report.

"We continued working to cut coal consumption and to replace coal with alternative energy in key areas," the NDRC said.

"We made progress in using market mechanisms to cut capacity in the steel and coal industries," Li said in his annual work report to the National People's Congress this year.

But the NEA said total production capacity rose to 3.53 billion tons from 3.34 billion tons at the end of 2017.

According to Reuters, the 2018 figure did not include 1.03 billion tons of mining capacity under construction and 370 million tons more under "trial operation."

Taken together, the annual coal capacity could reach 4.93 billion tons.

In March, the NBS reported that China's coal consumption rose 1 percent from a year earlier in the biggest gain since 2013.

The NBS did not publish a tonnage figure for 2018, but the China National Coal Association (CNCA) reported consumption of 3.87 billion tons.

The coal increases appeared to clash with the government's broader environmental goals.

"We launched an all-out fight to keep our skies blue, our waters clear, and our land pollution-free," Li said in his report. 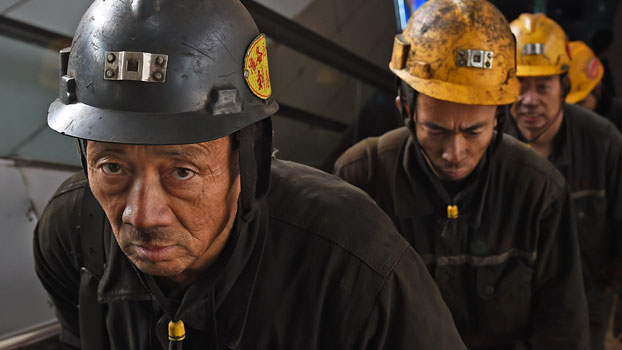 While coal consumption, capacity and production all rose last year, the NEA data suggested that China made gains in consolidating operations after years of closing smaller, less efficient and more dangerous mines.

China's cabinet-level State Council first promised to bar approval for new mines with annual production of less than 300,000 tons in 2013.

In December 2015, a senior NDRC official said China had more than 7,000 mines with annual capacity under 300,000 tons, the official Xinhua news agency reported at the time.

The questions about capacity coincide with concerns that China is also increasing construction of coal-fired power plants at a time when development is decreasing worldwide.

A study released by three environmental groups last month found that China is a "glaring exception to the global decline in coal plant development."

On the positive side, the planned new generating capacity of coal-fired power plants in China has dropped by 86 percent since 2015, said the study by the Global Energy Project, Greenpeace and the Sierra Club.

But China has "quietly resumed" construction of more than 50 gigawatts (GW) of new coal-fired capacity that had previously been postponed by the central government, the groups said, citing satellite photos.

The report also noted a proposal by the China Electricity Council to set a cap of 1,300 GW of coal-fired capacity for 2030. The plan would allow an increase of 290 GW above current levels, or more than the current coal generating capacity of the United States, it said.

The resurgence of coal in China comes despite the NBS report in February that the high-polluting fuel's share of primary energy sources fell to 59 percent last year from 60.4 percent in 2017.

The government has been walking a fine line between keeping its environmental promises and promoting pro-growth economic policies after expansion slipped from 6.8 percent in 2017 to 6.6 percent last year.

The economic worries raise the possibility that the current coal increases may be short-term responses to pump up growth that will soon pass when China's troubles subside.

Philip Andrews-Speed, a China energy expert at National University of Singapore, said there are reasons to doubt the short-term conclusion.

"Given that coal-fired power plants and coal mines have lifetimes of decades, this can hardly be seen as a 'temporary response,'" Andrews-Speed said.

"The environmental will be substantial, but the key question is whether the equivalent capacity is being decommissioned," he said.

But conclusive readings remain difficult, since the government may be allowing an increase in coal mine capacity to keep prices from rising too much.

It may also allow more coal to be used in power generation while reducing consumption for heating and industry, Andrews- Speed said.

"The key thing to watch in the coming months and years is the actual consumption of coal," he said,

Unfortunately, accurate and authoritative consumption figures for coal in China are among the most difficult to come by.