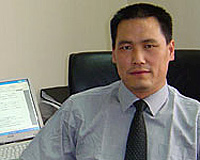 HONG KONG—A lawyer acting for two authors whose ground-breaking expose of the lives of China's peasants prompted a libel suit against them by a local government official, has urged the court to issue a long-overdue decision in favor of free speech in the public interest.

In a letter to the Fuyang Intermediate People's Court, in the eastern province of Anhui, Pu Zhiqiang said he believed that judge Qian Weiguang and fellow officials had failed to issue a decision because they had been put in an impossible position.

"We are deeply grateful that it is the independent spirit of the judiciary, the sense of legal professionalism, which has led to the failure to issue a decision in this case," said the letter, which was also signed by Chen Guidi, one of the authors of the controversial Survey of China's Peasants .

"This is due to your unwillingness to throw the authors to the wolves, as well as your knowing that there are no reasons to rule against them....However, we still hold high hopes that you will, and you should, overcome the predicament you are in, and give a final decision in favor of freedom of speech," the letter said.

Chen, together with his wife Wu Chuntao, rocked China's urban middle classes and leadership elite with the serialization of their book in the official literary magazine, Dangdai in 2003.

The book—with its heartrending accounts of the abuse and hardships suffered by Anhui farmers at the hands of corrupt local officials—sold millions of copies and sparked intense debate throughout Internet chatrooms and bulletin boards.

Pu said the libel suit brought by former Linquan county Party secretary Zhang Xide was a ground-breaking case which had the potential to set a precedent for freedom of expression in China, which is officially enshrined in the constitution.

"With this case you have the opportunity to decide whether China's citizens have the right to criticize the public policies of the Party and the government," Pu said.

Addressed to judge Qian Weiguang, the letter reminded the court that a journey of 1,000 miles started with a single step: "You can choose with that first step whether the human spirit begins to shine or remains trodden down in the dust," it said.

"The eyes of countless authors, journalists and ordinary citizens are upon you, waiting for your decision...whether you choose to act as the guardians of freedom, or as the attendants of oppression is a matter for your own consciences."

Pu, who has a track record in defending writers in libel cases, volunteered to represent Chen, Wu and their publisher, Beijing People's Literary Publishing Co.. In the letter, he cited a 1964 libel case in the United States, New York Times vs. Sullivan, which paved the way for writers to criticize public office holders in the public interest.