'I Really Felt That He Was Sacrificing His Life' 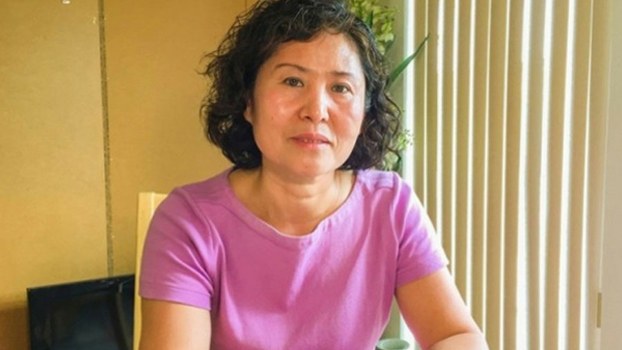 Photo courtesy of Geng He

Dissident rights lawyer Gao Zhisheng, 54, disappeared just over a year ago from a remote cave dwelling in the northern province of Shaanxi, where he was being held under house arrest. Gao, who had yet to regain his freedom following his release from prison in August 2014, is believed to be in the custody of state security police, but local police have said they aren't holding him. Gao's wife Geng He, who escaped to the U.S. with her son and daughter in January 2009, recently spoke to RFA's Mandarin Service about her husband's renewed disappearance:

After he got out of prison in August 2014, Gao Zhisheng was held under house arrest at his older brother's home in northern Shaanxi. He had lost nearly all of his teeth but they wouldn't let him go to the dentist or to see a doctor. But he still wrote a lot of articles about human rights, in spite of all of these restrictions. I was always very moved to read these articles when I saw them, or when they were sent to me by friends. I really felt that he was sacrificing his life to expose the workings of the Chinese state, to expose cases of human rights violations in China.

Over the past year, Gao's older brother has done so much to try to find out Gao Zhisheng's whereabouts, but he hasn't been able to get any reliable information this whole time. His brother regularly goes to the Jia county police department to inquire after Gao, but they would always say 'he's in Beijing.' So his brother said after a while that he would go to Beijing to look for him, and the Jia county police said 'we will go there and make an application for you.' But then they started talking about Yulin [in Guangxi Zhuang Autonomous Region], so his brother has been running between Yulin and Jia county and he still doesn't have any news of him.

I spoke with his brother [the other day] and asked him if there was news, and he said no, nothing had changed.

He has been disappeared so many times before. The most recent disappearance has been for one year. His family in Shaanxi runs a small business, and since Gao Zhisheng went missing, the Chinese government has levied fines of more than 200,000 yuan (U.S. $29,320) on his family and forced them to stop operating for 10 days. They are treating his family as 'guilty by association.'

My side of the family dare not even contact me, and they've told me not to call them. Relatives tell me that their ID cards have been confiscated, and they're not allowed to leave town. They also make them sign a report every month at the police station.

I feel so low. Gao Zhisheng cared for so many people, so many human rights cases, and now his own family doesn't even know where he is, and they have gotten dragged into it too. I can't even call my own family on the major holidays, let alone the rest of the time.

I feel as if my whole life over the past 10 years has been spent looking for Gao Zhisheng. When the day came that we got news of him, he didn't waste a single minute writing about his experiences of persecution, or paying attention to the human rights of other oppressed Chinese people. And so the whole cycle started all over again.

He has basically lost most of his teeth. He has no teeth in the front, on his lower jaw. The bigger teeth have also been falling out one by one so he barely has any left now. Sometimes he would joke that he didn't eat food; he drank it. He would have to take care when he took in liquid food that it didn't all pour out of his mouth again.

We are doing everything we can to try to speak out on behalf of Gao Zhisheng, and to find out where he is. What has he done wrong? They won't let him go home. They have forcibly disappeared a person who should be free to do as he pleases and to go where he pleases.