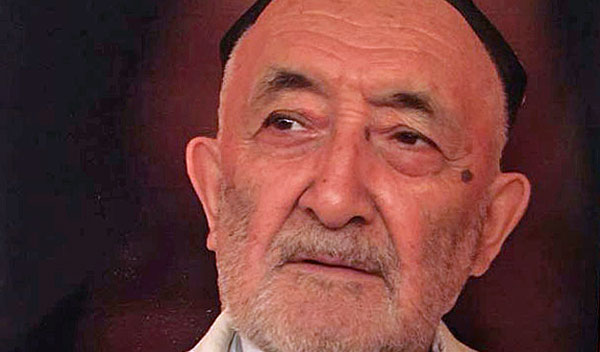 Authorities in northwest China’s Xinjiang Uyghur Autonomous Region (XUAR) have detained nearly every relative of a prominent Uyghur religious scholar who died earlier this year while incarcerated in one of the region’s political “re-education camps,” according to a family friend.

Muhammad Salih Hajim, 82, died in January under mysterious circumstances at a camp in the XUAR capital Urumqi—one of a network of facilities where authorities in the region began detaining Uyghurs accused of harboring “strong religious views” and “politically incorrect” ideas beginning in April 2017.

Salih was arrested Dec. 25 last year along with his daughter, Nezire Muhammad Salih, and other relatives, but while the widely respected religious scholar was known to have been held in a re-education camp, it was unclear at the time how many of his family members may have been taken into custody and where they were confined.

RFA’s Uyghur Service recently spoke with a former neighbor of Salih’s daughter, a Uyghur exile in Turkey surnamed Beliqiz, who said she had learned that Nezire was accused by authorities of “promoting terrorism and religious extremism” by authorities in the XUAR, along with her husband, a well-known Uyghur poet named Adil Tuniyaz.

The couple’s 19-year-old son, Imran, was also arrested, Beliqiz said, while their three other younger children—Ihsan, Ihpal, and Ilyas—are believed to have been placed in state-run orphanages for Uyghur youth whose guardians have been detained.

“Nezire Salih is a scholar who followed in the footsteps of her father,” Beliqiz said, noting that she had once studied abroad in Qatar.

“Her eldest son Imran was studying in Beijing at a college where the teachings are conducted in Arabic and the authorities arrested him there, but there has been no other news about him. Also, there is no [confirmed] news regarding their other three children.”

Beliqiz said that she had heard that police were escorting 16-year-old Ihsan to and from his high school each day as recently as March this year, “but we have been unable to obtain any further news about him since then.”

Chinese authorities are “looking after” Ilyas, who is around four years old, she said, “but no one knows his whereabouts.”

No one that RFA spoke with at various related government departments in Urumqi was able to provide information on the whereabouts of the children.

According to Beliqiz, a Chinese officer at a prison in Changji Hui Autonomous Prefecture’s Miquan county, where Salih’s sister Aynise Salih is being held, informed family members about seven months ago that they “shouldn’t hold out any hope for Nezire and Adil” because of the seriousness of the accusations against them.

“Because they have translated religious materials and many Hadith [sayings of the Muslim prophet Muhammad], we have heard that they will be sentenced heavily or forced to disappear,” she said.

Beliqiz said she is unsure of where Nezire is being held, but heard she had been “taken straight to prison.”

Salih’s brother, 80-year-old Mehsud Abley, and Abley’s wife, 75-year-old Ayshemqiz Hajim, were both detained in Urumqi and brought to Atush, where they were originally from, according to their “hukou” residency permits, she said.

Their son Nurmemet Hajim, who is in his 30s and had been working at an “Arab consulate” for the past seven or eight years in Beijing after obtaining a master’s degree in Arabic literature while studying in Egypt, Yemen, and Malaysia, was arrested in the Chinese capital “and there has been no news of him since,” Beliqiz added.

Abley’s elder son, who is living in exile in the U.S., confirmed to RFA that Nurmemet had been detained, but said he was unsure of what had happened to his parents.

“I haven’t contacted them because I didn’t want to cause them any trouble in their old age,” he said.

“It has been two and a half or three years since I stopped calling them.”

Abley’s elder son said he had learned of his brother’s situation around six months ago.

“He studied in Egypt before returning to his homeland, and because of the risk [of arrest] back home he was living in Beijing and working at an Arab consulate,” he said.

“He had been working there free from worry, but they arrested him anyway.”

U.S. State Department spokesperson Heather Nauert recently said the US government was "deeply troubled" by the crackdown on Uyghurs in Xinjiang, adding that “credible reports indicate that individuals sent by Chinese authorities to detention centers since April 2017 numbers at least in the hundreds of thousands, and possibly millions.”

Adrian Zenz, a lecturer in social research methods at the Germany-based European School of Culture and Theology, has said some 1.1 million people are or have been detained in the re-education camps, which equates to 10 to11 percent of the adult Muslim population of the region.