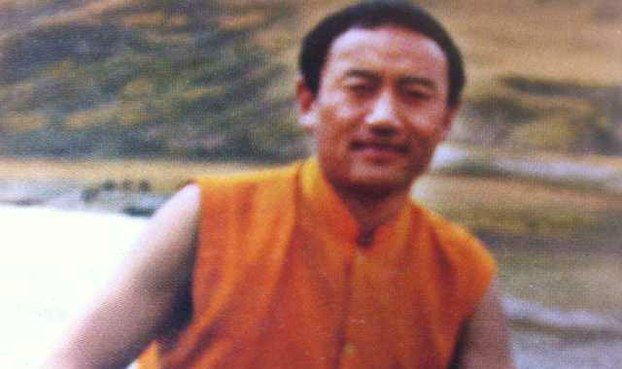 Ngawang Gyaltsen is shown in an undated photo.
Photo sent by an RFA listener

A Tibetan monk jailed on suspicion of activities opposing China’s rule in Tibetan areas has been freed after serving his full term in prison, a Tibetan rights group said this week.

Ngawang Gyaltsen, who was detained on Feb. 24, 2015 in Sog (in Chinese, Suo) county in the Nagchu (Naqu) prefecture of the Tibet Autonomous Region, was released on March 7, London-based Free Tibet said in a June 26 press release.

“Ngawang Gyaltsen’s relatives and friends of his native Tarchen township in Nagchu County visited him, welcoming him home with greetings of Tibetan scarves,” Free Tibet said, adding that news of Gyaltsen’s release had been delayed from reaching outside contacts.

“The area governed as the Tibet Autonomous Region is particularly tightly restricted, with mobile phones monitored and anyone found to have transmitted information that authorities wish to keep secret likely to face harsh consequences,” the rights group said.

“For these reasons, information from this area can take weeks or months to reach the outside world.”

He was later forced by authorities to leave the monastery, and restrictions were placed on his movements and on the people he was allowed to contact in his community, and he was finally taken away by police “late at night” on Feb. 24, 2015, sources said.

Gyaltsen was later tried on unknown charges and was sent to Drapchi prison in Tibet’s regional capital Lhasa to serve a three-year term in addition to his time spent in pre-trial detention, Free Tibet said in its June 26 statement.

“While we are happy to hear of Ngawang Gyaltsen’s release and return home, we know that thousands of political prisoners remain in Tibet, for committing acts that cannot reasonably be called a crime,” Free Tibet said.

“We must continue to push for them to be released too, and for the Chinese Communist Party to end its repressive policies across Tibet.”