Intellectuals, along with a new Web-savvy generation, have expressed themselves at their own peril.
2010-05-19
Tweet 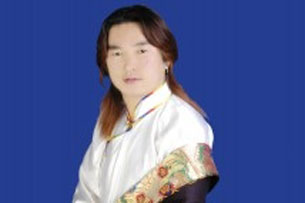 WASHINGTON—China has jailed scores of Tibetan writers, artists, singers, and educators for asserting Tibetan national identity and civil rights in the two years since widespread protests swept the region, an overseas advocacy group says in a new report.

“Despite knowing very well the risks, [Tibetans] still dare to publish their own opinions, to exchange opinions among themselves, about the situation in Tibet. And this has been criminalized to an extraordinary extent by the Chinese authorities,” Ben Carrdus, senior researcher for the Washington-based International Campaign for Tibet (ICT), said in an interview.

“We’re seeing people sentenced to 15 years to life imprisonment for their ideas.”

ICT released “A ‘Raging Storm’: The Crackdown on Tibetan Writers & Artists after Tibet’s Spring 2008 Protests,” on May 18. It details just a few such cases—“some 31 writers, bloggers, intellectuals and others now in prison,” Carrdus said.

Following regionwide demonstrations across Tibetan-populated areas of China in 2008 against Chinese rule, Tibetans began to write down and publish their own accounts of what had happened during the protests, Carrdus said.

“That type of writing was obviously an immediate and very forthright challenge to the Chinese version of events. This was Tibetan people describing seeing Tibetans shot to death or attacked by the People’s Armed Police.”

This contradicted China’s official narrative of a “patient and benign” response to the protests by China’s leaders, Carrdus said.

Following these initial writing efforts, which were published unofficially and quickly suppressed, “There’s also been a sort of far more thoughtful, cerebral output of Tibetan fiction and other essay writing,” Carrdus said.

Amdo region at the core

“It’s almost a new paradigm developing. The protests of 2008 allowed people from all over Tibet and from all these different [social groups] to really re-examine what it means to be Tibetan, within Tibet, and how to express that.”

Much of this new assertion of Tibetan national identity has taken place in Tibet’s far northeastern region of Amdo, said Robbie Barnett, a Tibet expert at Columbia University.

“I think that for hundreds of years, Amdo has stood out as a place for intellectuals and what we would now call progressive and important thinkers among Tibetans in both philosophy and religion, and now we’re seeing this in politics.”

The decision a few years ago by a “small but important” group of older, retired Tibetan officials to publish their recollections of China’s consolidation of control of Amdo  in 1957-58 was a key factor in the region’s intellectual resurgence, Barnett said.

“I think this is part of the seed, along with the protests, that has allowed people … to come out and say, ‘We, the intellectuals, must also start to think about and write about these issues.’”

The younger generation, according to the ICT report, also plays a key role:

“At the forefront of this resurgence of Tibetan cultural identity is a new bicultural, bilingual generation of educated Tibetans familiar with digital technology, with Chinese writings and official policies, and often too with unofficial accounts of Tibetan history that are banned in China,” the report said.

“A common theme of their writings is the solidarity of Tibetans across the plateau and a pride in their unique cultural and religious identity.”

Reported in Washington by Richard Finney. Edited by Sarah Jackson-Han.