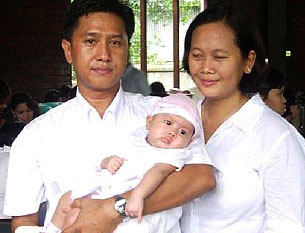 BANGKOK—Police in Burma have arrested an anti-government activist after she spent a year in hiding, and Amnesty International says she now faces the risk of torture.

Authorities detained Nilar Thein, known for her role in anti-government protests in 1988 and 2007, while she visited the mother of a jailed associate in Rangoon, Amnesty said. She had been in hiding since the junta suppressed widespread protests that began in August 2007 and came to be known as Burma’s “Saffron Revolution.”

Another activist, Tun Myint Aung, voiced concern and called for her release. “We don’t know where they are keeping her. We worry for her health and her safety,” he said, speaking by phone from hiding. “Her family wasn’t informed of her arrest.”

“For the last 20 years, the junta has been arresting students and activists who are peacefully working for democracy. This has no benefit for our country—it just pushes our people into deep poverty. We urge the junta to release all political prisoners and start a dialogue, which is the only way to solve the problems in our country.”

Nilar Thein, 36, spent nine years in Thayawaddy prison after participating in student demonstrations in 1996. She was subjected to sexual harassment and abuse during that time, she said in an interview last year.

“At Thayawaddy prison, under the prison chief, U Win Myint, prisoners sentenced for rape were kept next to the women’s building,” Nilar Thein said. “Prison staff and these prisoners would come and peep at us while we took our baths…when we reported this to the prison chief, we were reprimanded,” she said.

Conditions for the women detainees at Thayawaddy improved when the International Committee of the Red Cross (ICRC) visited and demanded that the facility abide by U.N. standards on treatment of prisoners. But many of Burma’s holding facilities for detainees are closed to visits by the ICRC.

Nilar Thein was also detained for two months in 1991 for pro-democracy activism, according to Amnesty International.

A life in hiding

On Aug. 23, 2007, the day after police arrested her husband and other leaders of the 88 Students movement, Nilar Thein led demonstrations calling for their release and denouncing increased fuel prices. She subsequently went into hiding.

Amnesty International said the military junta is believed to have circulated rumors that Nilar Thein’s husband, Ko Jimmy, had died in prison shortly after his arrest to force her out of hiding.

When the conditions of a life in hiding became too unsafe, she left her infant daughter in the care of her parents-in-law.

While in hiding, Nilar Thein continued to call on women’s organizations to investigate abuses against female activists in her country.

“The women of Burma, who are interested in politics and taking part in politics, are facing violence and torture and being killed,” she said last year.

At the anniversary of last year’s uprising, the junta is renewing its crackdown on dissent.

According to Amnesty International, nearly 300 people have been arrested for peaceful political activities so far this year. Recently, a prison court in the central Burmese city of Thayet sentenced 10 men to jail terms ranging from two to nine years for taking part in widespread protests a year ago.

Two members of the opposition National League for Democracy from the area were sentenced Aug. 23 to 2-1/2 years each for presenting a letter to authorities in Pakokku demanding action to curb rising prices.

On Sept. 7, the junta also announced the arrests of several activists accused of organizing bombings and street demonstrations in a further signal that authorities plan to maintain tight security around the anniversary of last year’s uprising.