Part 2: The Battle For Oil 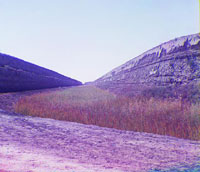 China's long march to energy security may start along the ancient silk-routes, with its Central Asian neighbors. Photo: Library of Congress/Sergei Mikhailovich Prokudin-Gorskii

WASHINGTON -- Spurred by 10 percent economic growth rates in the first half of the year, China has been seeking new oil sources in the region and around the world.

China has been an oil importer since 1996, but its recent boom has pushed it past Japan to make it the world's second- biggest oil consumer behind the United States. High demand has driven the country's state-owned oil companies into foreign markets that seemed too distant only a few years ago.

State companies have revived projects in Kazakhstan that have languished since 1997, when China National Petroleum Corporation (CNPC) promised to invest U.S.$9,500 million in pipelines and oilfields thousands of kilometers from home.

"They're just reaching out to wherever they can -- whether it's Azerbaijan, or Syria, or Russia, or Central Asia, or Venezuela -- to diversify these sources of imports," Robert Ebel, director of the energy and national security program at the Center for Strategic and International Studies in Washington told RFA.

Veteran oil expert Otesin Zhumanov is amazed at the latest developments, saying that no one could have foreseen the extent of China’s involvement in the region's oil industry.

I never thought that the Chinese would ever come here to run our business.

"I never thought that the Chinese would ever come here to run our business," Zhumanov told Radio Free Europe/Radio Liberty's Kazakh service.

"I did everything to make my two sons become oil managers and oil experts. We had no idea about foreign investors then, even to forecast such sort of developments."

Kazakhstan is currently the only central Asian country that exports oil to China. Kazakh oil shipments to China, which are sent by rail, account for less than one percent of China's imports. But that could soon change -- thanks to an agreement this May to build a 1,000-kilometer oil pipeline from Kazakhstan's central Karaganda region to western China.

The Karaganda pipeline will eventually be connected to the Keniyaq oil field further West and the Caspian Sea. Since 1997, China has been modernizing the Kenqiyaq oil field in the Aqtobe region, in a joint project with the Kazakh state oil and gas company.

It is very positive that the local citizens have got these opportunities, that they can get these new well-paid jobs to support their families.

Beijing has invested some U.S.$1,300 million so far. More than 6,000 Kazakh workers are employed at the site, with another 6,000 working on other Chinese-run projects in the vicinity.

Nurmukhambet Abdibekov, Deputy Governor of the Aqtobe Region says the Chinese investment is already raising the standard of living for thousands of families. "This project is expanding," Abdibekov told RFE/RL in a recent interview.

"New jobs are being created. We are sure that it is very positive that the local citizens have got these opportunities, that they can get these new well-paid jobs to support their families."

China's renewed interest in the Kazakhstan project follows hard on the heels of its disappointment with Russian President Vladimir Putin over his pledge in 2001 to build an oil pipeline from Eastern Siberia to China's petroleum capital of Daqing.

Instead, Putin has been lured by Japanese Prime Minister Junichiro Koizumi and his promises to finance a much longer, costlier line for the oil to the Pacific Coast.

The question to me is whether these projects that are being looked at, at a very high oil price and very tight supply situation, really make sense in the very long term.

But analysts question whether such projects have been looked at in the context of long-term fluctuations in the price of oil. "The question to me is whether these projects that are being looked at, at a very high oil price and very tight supply situation, really make sense in the very long term," Washington-based energy consultant Edward Chow told RFA.

"Because these are projects that are going to cost tens of billions of dollars, require 10 to 15 years to mature, build and pay out. And whether that high price environment will be sustained during that time is a very risky business proposition," Chow said.

He said that a more sensible approach would be to combine the energy potential of Central Asia and eastern Siberia in a coordinated strategy that could meet the needs of all consuming countries, including China, South Korea and Japan.