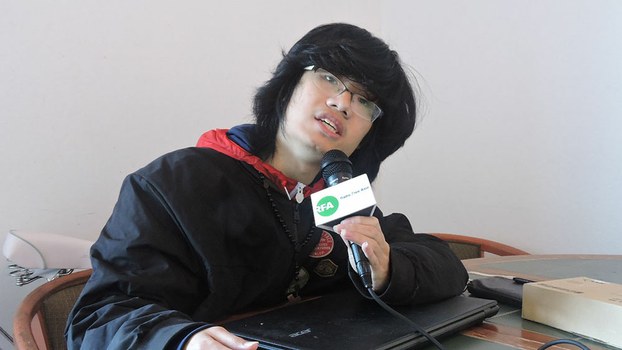 For months, Chinese journalist Song Xiaowei has been investigating a case in which a young Chinese developer with the online nickname "Broken Doll" was forced to abandon a project that would help people circumvent the "Great Firewall" of government internet censorship after a 'doxing' threat to release her personal details by an anonymous group of researchers. He spoke to RFA's Mandarin Service about what he found:

RFA: Firstly, who is Broken Doll, and who was threatening her with doxing?

Song Xiaowei: Broken Doll developed a piece of software that could scale the Great Firewall. But then she was pursued by a group calling themselves Vulgar TV, who crowd-sourced a search on her. Vulgar TV then threatened Broken Doll, saying they would make public all of her personal details, her ID card and profile on [auction site] Taobao and so on, revealing her true identity, if she continued to work on this project.

RFA: What did you find when you investigated the matter?

Song Xiaowei: I finally found the real culprits. They too were working to get around the Great Firewall, and yet they still did a thing like that. I suspect that the [ruling Chinese] Communist Party has now even infiltrated the younger generation. If I'm honest, I was pretty shocked, actually.

RFA: What basis do you have for these suspicions?

Song Xiaowei: One of the biggest questions here is how they got access to police ID card databases. Also, to get her Taobao details would require a request from the police. It's not as if any old person can just access that information. I suspect that someone in power was behind this.

RFA: How long did the investigation take?

Song Xiaowei: It took me four months, and I found that the sorts of young people who are working to circumvent the Great Firewall are instead being used by the Communist Party. A lot of young people have access to technology nowadays, and they are very easily swayed by the Communist Party's words, to the extent that they are now working for them. This is a very serious situation, which I think the Chinese government is very happy about.

RFA: How do you see the situation developing? Will young people in China continue to try to get around the Great Firewall?

Song Xiaowei: I would like to see overseas dissidents and groups like that paying more attention to developers back home, because without the software that they write, nobody back home in China would find out about their activities. The more they are able to cut off these channels of communication, the greater will be the rift between ordinary people in China and dissenting voices. I think overseas dissidents should do more to help these technologically minded people.

Reported by C.K. for RFA's Mandarin Service. Translated and edited by Luisetta Mudie.