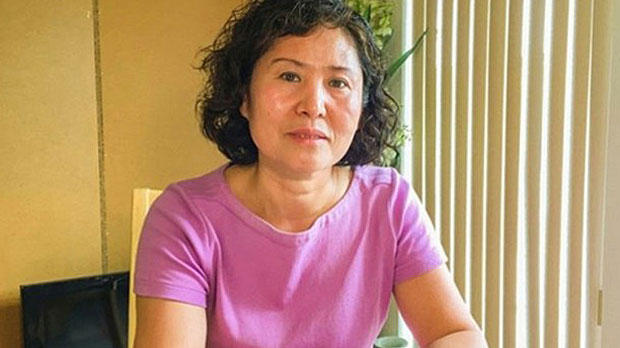 Geng He, wife of human rights lawyer Gao Zhisheng, is shown in an undated recent photo.
Photo courtesy of Geng He

Two years after the disappearance of a prominent human rights lawyer from his home in the northern Chinese province of Shaanxi, his wife says she still has no idea where he is.

Gao Zhisheng was reported missing from his cave dwelling in the northern Chinese province of Shaanxi on Aug. 13, 2017.

"Over the past 10 years, Gao Zhisheng’s forced disappearances have become the norm in our lives," Geng said. "Before this one, the longest disappearance lasted 20 months, but it's now been 24 months."

"This is because Gao Zhisheng, as a public interest lawyer, has represented the [banned] Falun Gong [spiritual] group, Christians, and the petitioners who have been persecuted by the Chinese Communist Party," she said.

"Gao Zhisheng’s suffering has yet to end, and it has put our family through several years of turmoil," said Geng, who fled China in 2009 with the couple's daughter, now 25, and son, now 16.

"Before Gao Zhisheng disappeared in August 2017, he had almost no teeth left [following his release from prison]," she said. "Whenever I and the kids would eat good food, I could barely swallow it, and I always had his image in my mind."

"Society needs good people, but endless suffering has been visited on our family," she said.

Rights groups including Amnesty International have repeatedly called on the Chinese government to immediately and unconditionally release Gao.

Gao, once a prominent lawyer feted by the ruling Chinese Communist Party, began to be targeted by the authorities after he defended some of China’s most vulnerable people, including Christians, coal miners, and followers of the banned Falun Gong spiritual movement.

In a published memoir, Gao details the torture he later endured at the hands of the authorities during his time in prison, as well as three years of solitary confinement, during which he said he was sustained by his Christian faith and his hopes for China.

Activists say his continuing house arrest even after being "released" from jail mirrors the treatment meted out to fellow rights lawyers and activists detained in a nationwide police operation since July 2015.

Reported by C.K. for RFA's Mandarin Service. Translated and edited by Luisetta Mudie.