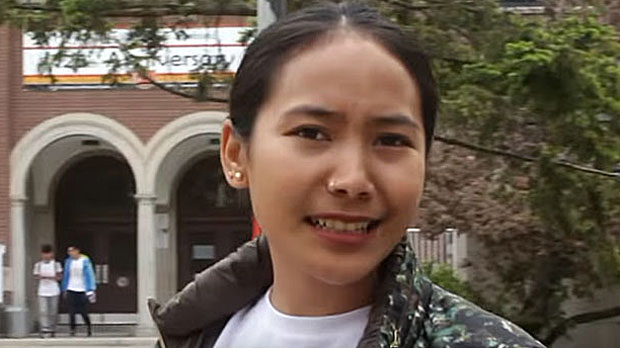 Canadian police are investigating whether a torrent of online abuse and harassment of a Tibetan woman studying at the University of Toronto last month constitutes a crime.

"The investigation began on Feb. 26, and is still ongoing," she said. "We won't be able to take the next step yet, as we are still gathering more evidence."

Chemi Lhamo, who was born in India and is a vocal supporter of Students For a Free Tibet, started getting hate mail after being elected President of Scarborough Campus Students’ Union (SCSU) on Feb. 9.

One comment read: "China is your daddy—you better know this," while another threatened her, saying "we will make sure things get done so u won't survive a day. Peace RIP."

Meanwhile, a petition calling on Lhamo to step down garnered nearly 10,000 signatures, and screenshots calling Lhamo a "Tibetan separatist" were shared via social media.

Lhamo issued a statement saying she wouldn't be influenced by the hate mail, and blaming the abuse on on Chinese government infiltration of Canadian universities.

Now, Toronto police are scrolling through around 15,000 comments in different languages on various social media sites, to determine whether any of the messages broke Canadian law.

Lhamo is also reporting to campus police on an hourly basis to ensure her safety, the National Post newspaper reported.

The Chinese consulate in Toronto has denied any involvement in the mobilization of Chinese students against Lhamo, saying the online comments were spontaneously generated by "objective facts and patriotic enthusiasm."

"If criminal charges are proven, then they can result in a fine or a prison sentence," he said.

The Independent Federation of Chinese Students and Scholars in USA (IFCSS) said it was "deeply concerned" about reports that have emerged from universities in the United States, Canada, France, Ireland, and the Netherlands of the coordinated targeting of activists campaigning against China's treatment of ethnic minorities.

It said that "apparently organized pro-CCP (Chinese Communist Party) students harassed, abused and threatened Uyghur and Tibetan students, concerned scholars and activists," in incidents at McMaster University and the University of Toronto in Canada, and Duke University in the U.S.

Uyghur activist Rukiye Turdush, whose lecture on the mass incarceration of Uyghurs and other ethnic minority Muslims in China's Xinjiang Uyghur Autonomous Region (XUAR) was disrupted by Chinese students at Duke University, said Chinese students had discussed locating her son, while screenshots emerged suggesting the students were liaising with the Chinese embassy or consulate.

Meanwhile, the University of Toronto student newspaper Varsity published an opinion piece from the president of the Students For a Free Tibet group on Scarborough Campus, saying that its members are routinely targeted by mainland Chinese students.

"Our members have been a constant target of ire from certain sections of the international Chinese student community at our events on campus," Dechen Tenzin wrote.

"It is not uncommon for Chinese students to show up at our tables to mock, question, and demean our displays and our objective of spreading awareness about the ongoing Tibetan struggle."

"It would not be entirely surprising if the international Chinese students campaigning against Lhamo were receiving direct support from the Chinese government," Dechen Tenzin said.

"It would not be the first time that questions over the Chinese government’s interference through student groups have surfaced."