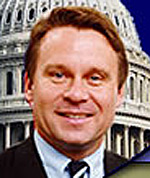 In their prepared statements, the companies—Microsoft Corp., Yahoo Inc., Cisco Systems Inc. and Google Inc.—asked for guidance on how they should operate in China.

Rep. Chris Smith of New Jersey, Republican chairman of the House International Relations subcommittee that convened the hearing, accused the companies of “enabling dictatorship… Cooperation with tyranny should not be embraced for the sake of profits.”

After studying Internet legislation in the West, I’ve found we basically have identical legislative objectives and principles. It is unfair and smacks of double standards when [foreigners] criticize China for deleting illegal and harmful messages, while it is legal for U.S. Web sites to do so.

Rep. Tom Lantos, the full committee’s top Democrat, told the company officials that they had amassed great wealth and influence “but apparently very little social responsibility.” He called the conduct of U.S. internet firms in China “a disgrace.”

James Keith, the State Department’s senior adviser on East Asia, said Beijing’s bid to control what its people experience online was “counter to our interest, to international standards and, we argue, to China’s own long-term modernization goals.”

Representatives from Microsoft Corp., Yahoo Inc., Cisco Systems Inc., and Google Inc. were scheduled to face tough questioning about whether they were yielding too much to China’s electronic censors so they might gain access to China’s more than 100 million Internet users—with a significant potential for profit.

Reporters Without Borders last month named China as one of 15 “enemies of the Internet” alongside Burma, Syria, and Iran. The nonprofit group ranked China 159th out of 167 countries in its global press freedom index.

Liu Zhengrong, deputy chief of the Internet Affairs Bureau of the State Council Information Office, was quoted as saying that “regulating the Internet according to law is international practice... After studying Internet legislation in the West, I’ve found we basically have identical legislative objectives and principles.”

“It is unfair and smacks of double standards when [foreigners]criticize China for deleting illegal and harmful messages, while it is legal for U.S. Web sites to do so,” he said.

Penalties imposed on websites carrying illegal and harmful information have been “lenient” in China, Liu was quoted as saying, adding: “No one in China has been arrested simply because he or she said something on the Internet.”

His statement appears to contradict several recent cases in which Chinese citizens have been jailed for their online activities.

In one recent example journalist Shi Tao, who circulated a government order to suppress media commemorations of the 1989 Tiananmen crackdown, was jailed last year for 10 years after Yahoo handed over his e-mail records.

Microsoft also last month blocked a prominent Chinese Internet blogger who wrote critically of a management purge at a popular daily newspaper. Cisco Systems Inc. and other firms have been accused of helping set up what has come to be known as the “Great Firewall of China.”