In one of the least reported stories of the year, Mongolia is forging ahead with battles for democracy and against corruption.
Dan Southerland, Executive Editor
2009-12-24
Tweet 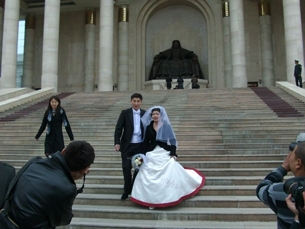 But while its mighty neighbors China and Russia are allowing authoritarian tendencies to diminish the rule of law, impoverished Mongolia has persisted in building a more accountable government.

In one of the most underreported stories of the year, Mongolia is now plunging ahead with reforms aimed at making its society more open and less subject to the endemic corruption that has plagued many former communist states.

Mongolia’s media are rated “partly free,” according to New York-based Freedom House, a non-governmental organization that monitors press freedom around the world. Freedom House describes the media in both of Mongolia’s big neighbors China and Russia as “not free.”

Mongolia holds regular national elections under a mixed parliamentary-presidential system.
But it was once considered among the least likely of former communist nations to make a successful transition to democracy. 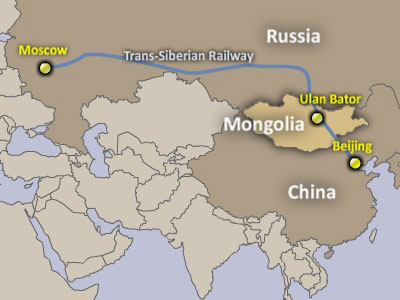 As a correspondent based in Beijing in January 1990 — 20 years ago — I  was astonished to find myself reporting on a small pro-democracy movement that had suddenly emerged in Ulan Bator, the Mongolian capital.

Nearly 3,000 Mongolians, defying a ban on demonstrations, marched to the capital’s central square to call for democratic reform and restrictions on communist party rule. They met no resistance from police.

The marchers carried banners calling for glasnost and perestroika, the Russian words for Mikhail Gorbachev’s policies of openness and restructuring.

The party’s general secretary announced that he was resigning from the party. Apparently with advice and support from Moscow, he adopted a moderate approach to political dissent. He ruled out a “Chinese solution,” a reference to the Chinese army’s crackdown on protesters in Beijing in June 1989.

From communism to market economy

Mongolia had been a Soviet vassal state. It was the world’s second communist country after the Soviet Union. An estimated 45,000 to 50,000 Russian troops remained in the country when those first pro-democracy protests broke out.

Now Mongolia was moving much more rapidly in a democratic direction than any of the former Soviet republics of Central Asia.

And the country’s new leaders vowed to early on to privatize state enterprises and create a free-market economy.

But progress has come with some difficulty.

When the former Soviet Union cut off subsidized trade and economic aid in 1990,  the country’s gross domestic product dropped by as much as a third.  Food shortages followed. Prices skyrocketed. Agricultural and industrial output fell drastically.

In mid-1992, I visited Mongolia as a journalism trainer. I found that the country’s banking system was nearly broke. Because of bad judgment and inexperience, two young reformers had lost almost all of Mongolia’s foreign exchange in a series of currency dealings that went sour.

Mongolia’s president, Elbegdorj Tsakhia, speaks to RFA on Oct.6 after a signing ceremony. RFA
Fast-forward 20 years to 2009. I found myself in Mongolia again at an international broadcasting conference. On October 6, Ulan Bator was in a festive mood. It was one of the most auspicious days of the year, and many young people were getting married.

At the government building on the central square, top officials, diplomats, and business people had gathered for the signing of a landmark mining agreement.

A vast, impoverished, and underpopulated country of only 3 million people, many of them nomadic herders, Mongolia is rich in minerals.

On this day, the Mongolian government, following years of heated debate, signed an agreement worth $4 billion in investments with Rio Tinto and Canada’s Ivanhoe Mines to develop a huge gold and copper mine in the Gobi Desert.

The government sees the mine as a first step in attracting more international investors, supporting local entrepreneurs, creating employment, and providing more funds for education. health care, and greater prosperity for all Mongolians.

In a brief interview with Radio Free Asia immediately following the Oct. 6 signing ceremony, Mongolian President Elbegdorj Tsakhia said that bad government and corruption could threaten much hoped for gains from the mining sector.

“Now we have some profit, some money from mining,” he said. “If you have bad government, it’s going to be a curse.”

Fortunately, Mongolia has managed to foster good relations with a wide variety of countries, including China and Russia as well as the United States, Japan, and both North and South Korea.

When I first visited Mongolia, the great fear was that an ever more powerful China might dominate the country both economically and politically. Although China is clearly a big player in Mongolia's trade and mining sectors, it has so far refrained from disrupting Mongolian politics.

In the interest of full disclosure, RFA commissioned a study of the Mongolian media by Elbegdorj Tsakhia when he was out of government and spending a year of study in the United States.