Chinese state media and officials have tried to score easy propaganda points from U.S. racial tensions and social unrest in the wake of the police killing of George Floyd, but the tactic can backfire spectacularly, as Foreign Ministry spokeswoman Hua Chunying found out recently. When she tweeted "I can't breathe" — using some of Floyd's last words with a policeman's knee on his neck — readers were quick to shoot back: "I can't tweet," reminding everyone that twitter is blocked by China.
2020-06-05
Tweet 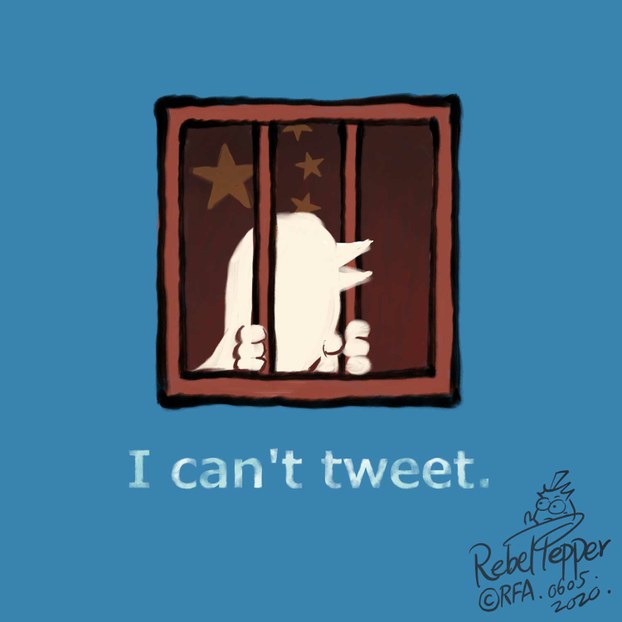