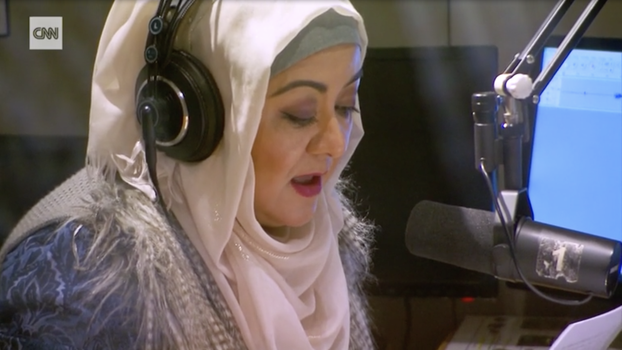 RFA Uyghur journalist Gulchehra Hoja as profiled by CNN in 2018.

WASHINGTON - Radio Free Asia (RFA) Uyghur journalist Gulchehra Hoja today was announced as a winner of the International Women’s Media Foundation’s Courage in Journalism Award for her coverage of the ongoing human rights abuses occurring in China’s Xinjiang Uyghur Autonomous Region (XUAR). The award, which this year marks the 30th anniversary of its inception, “honors the brave journalists who report on taboo topics, work in environments hostile to women, and share difficult truths.”

“The outstanding journalism of Gulchehra and Radio Free Asia’s Uyghur Service first alerted the world to the human rights crisis in China’s Uyghur Region and continues to remain on the forefront of this evolving story,” said RFA President Bay Fang. “She and her colleagues perpetually face down intimidation and challenges to bring this critical coverage to RFA’s audiences, as well as to the world. This recognition is well deserved.”

Hoja said, “I am honored to receive this award, and I hope that this recognition will encourage others in their pursuit of justice and truth.”

Hoja and her colleagues in the Uyghur Service have been at the forefront of coverage of the internment of, by credible estimates, more than 1 million Uyghurs and other Muslim minorities in the XUAR. Members of the service have received widespread recognition for their contributions to reporting on the crisis. Hoja herself has reported on the construction of crematoria near the internment camps in the XUAR, the sterilization and sexual abuse of female detainees, and the situation facing “orphaned” children whose parents have been detained. Hoja, along with at least five other members of RFA’s Uyghur Service, have had family members in China detained or jailed in retaliation for their work at RFA.