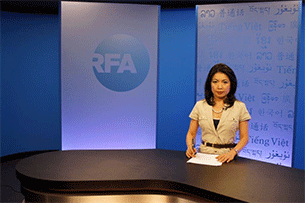 An RFA Mandarin broadcaster prepares to begin a news webcast.

1 Though journalistic matters are primarily the responsibility of the Editorial Division, all employees should be knowledgeable and supportive of this Code of Journalistic Ethics.