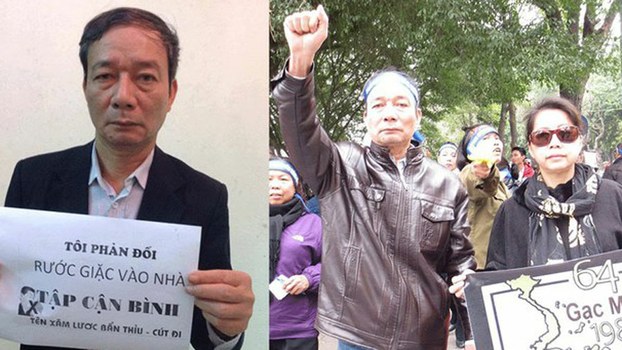 Undated photos of Vietnamese blogger Nguyen Tuong Thuy who was arrested in Hanoi on charges of “making, storing, and disseminating documents and materials for anti-state purposes,” May 23, 2020.

“Radio Free Asia condemns the arrest of Nguyen Tuong Thuy, whom we learned was detained today by authorities in Hanoi. This alarming development, while intended to silence free speech, reinforces the need for independent journalism in Vietnam. We urge authorities to grant his immediate and unconditional release.”