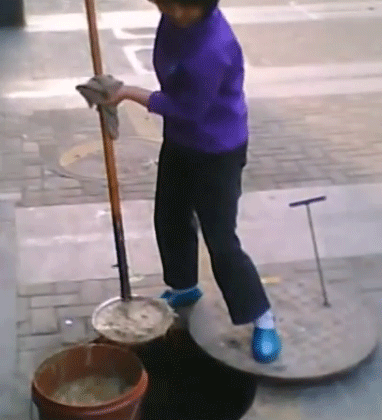 A screenshot from the video.
RFA

WASHINGTON, DC – Radio Free Asia’s shocking video exposé on China’s black market production of “gutter oil” has gone viral on social media and websites around the world. The video, part of  RFA’s investigative series on food safety in China, has reached more than 1.3 million views on YouTube, while news organizations, bloggers, and social media users have picked it up and shared it online with their audiences, networks, and friends.

“China’s ongoing struggle with food safety is obviously an issue of major concern for our audience in China, as well as people around the world,” said Libby Liu, President of Radio Free Asia. “The popularity of RFA’s video demonstrates the want and need for investigative reporting, especially in places that, like China, aggressively restrict press freedoms.”

The video, originally produced by RFA’s Cantonese Service, shows rare footage of China’s black market production of “gutter oil.” The substance is first harvested as a waste product from grease traps and sewers before being processed in plants that mix it with animal fat and other products. The finished product is eventually sold to street food vendors, restaurants, and hotels to be used as cooking oil. RFA’s “Poisoned at the Source,” the series in which the exposé first appeared, gives an up-close glimpse into food production in China, focusing on practices in Guangdong Province. The series includes videos on the making and selling of bogus soy milk, the use of toxic waste as a fertilizer for commercial farming, and practices at an illegal slaughterhouse. From deadly infant formula to the discovery of thousands of dead pigs floating in a major river near Shanghai earlier this year, Chinese consumers increasingly worry whether the food on their tables is safe to eat, as do consumers and authorities in many countries to which China exports.

RFA’s video has been posted on popular social media site Reddit, in addition to Facebook, Google+, and Twitter, where the hashtag term “#GutterOil” was trending at one point among last week’s most popular topics. News sites and blogs featuring RFA’s video include Washington Post’s World Views blog, The Atlantic, Reuters, Mediaite, Duo Wei News, Straits Times, Korea Times, HoaHoa Report, and Take Part, among many others.