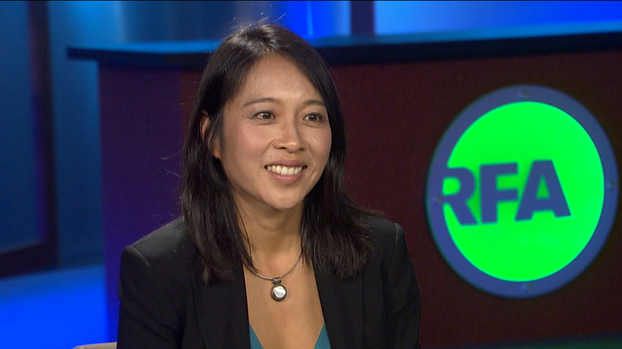 WASHINGTON – Radio Free Asia’s (RFA) board of directors has appointed Bay Fang as the company’s new President, effective today, Nov. 20. Fang replaces Libby Liu, who will serve as an advisor/counselor during a period of transition.

“Bay Fang is an excellent choice to lead Radio Free Asia,” said RFA and United States Agency for Global Media (USAGM) Board Chairman Ken Weinstein. “She brings rich expertise in journalism and foreign policy to ensure RFA fulfills its crucial mission in spite of overwhelming challenges throughout the region. Radio Free Asia leads the world in exposing atrocities in Xinjiang, Tibet, North Korea and throughout Southeast Asia. RFA is a lifeline for people living under repression -- giving them the truth and a voice.”

Fang said, “I’m deeply honored by this opportunity to lead Radio Free Asia. For people living under authoritarian rule, RFA is a lifeline that both informs and empowers through its unique journalism, at the forefront of so many critical stories in Asia. As President of RFA, I vow to continue on the path of success carved out by RFA’s brave journalists and expand the organization’s capacity to bring free press to people living in closed societies.”

Fang has served as RFA’s Executive Editor since October 2016 and was originally hired as the Managing Director for East Asia in 2015. Fang has worked closely with RFA leadership and USAGM on the company’s strategic journalistic initiatives and held responsibilities relating essentially to all sectors of RFA operations. Fang’s major investigative ventures include a ground-breaking series on North Korea’s means of skirting international sanctions through forced overseas labor around the world, and numerous multimedia projects showcasing RFA’s in-depth journalism on China’s influence in Southeast Asia, the surveillance state in the Uyghur and Tibetan regions, and the legacy of the 1989 Tiananmen Square massacre. In addition she edited and helped to produce the award-winning e-book featuring the work of RFA resident political cartoonist Rebel Pepper, which received the Sigma Delta Chi award by the Society of Professional Journalists.

A longtime journalist and former diplomat, Fang has served as a Deputy Assistant Secretary of State, overseeing public diplomacy and public affairs for Europe and Eurasia. Her 20-plus-year career in journalism includes serving as the Diplomatic Correspondent for the Chicago Tribune, and covering the wars in Afghanistan (2001-2002) and Iraq (2003-2004) for U.S. News and World Report magazine. She started her career as the Beijing Bureau Chief for US News & World Report, where she won the Robert F. Kennedy Journalism Award for her story "China's Stolen Wives." Fang earned her undergraduate degree at Harvard University, and was a Fulbright scholar in Hong Kong and a visiting fellow at Oxford University.