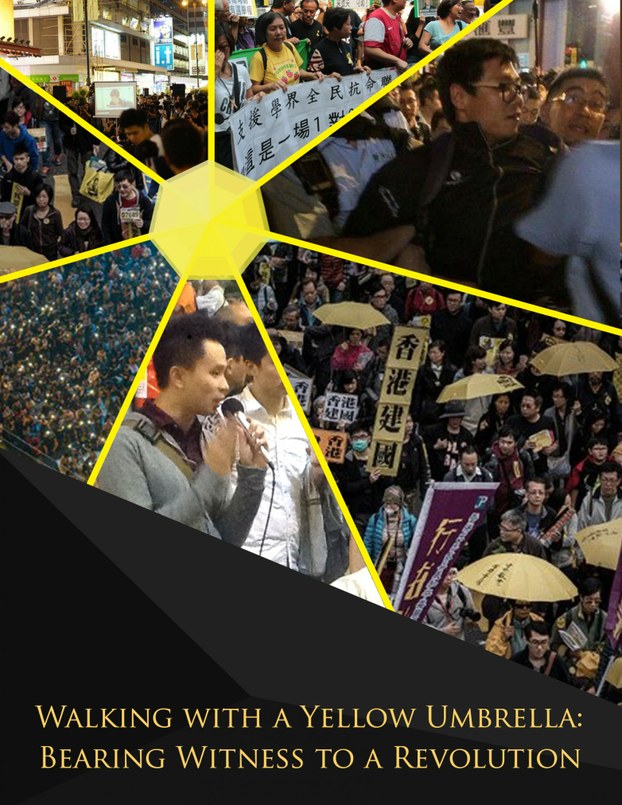 WASHINGTON – Radio Free Asia (RFA) today released an e-book commemorating the one-year anniversary of the Umbrella Revolution in Hong Kong. Walking with a Yellow Umbrella: Bearing Witness to a Revolution is available for free in English and Cantonese on RFA’s website. It includes original RFA on-the-ground reporting, photographs, timelines, and analysis of the pro-democracy mass demonstrations that took place over a 79-day period last fall in the former British colony.

“The Umbrella Revolution shook Beijing’s assumptions that the people of Hong Kong were unwilling to stand up and fight for the promised right of determining their future,” said Libby Liu, President of RFA. “Withstanding tear gas, threats, arrests, and Chinese authorities’ PR smear campaign, the movement’s leaders, participants and supporters – coming from all generations and walks of life – demonstrated the resilience of the call for democracy.

“RFA’s journalists documented the historic demonstrations from the beginning, from the streets of Hong Kong and inside China. With this e-book, we hope to share insights about this remarkable episode and contemplate its complex and enduring legacy.”

Through RFA’s coverage, the e-book documents the early spontaneous student-led demonstrations and Occupy Central protests that grew into the Umbrella Movement in September 2014 and lasted until December. Protesters, incensed by restrictive electoral guidelines issued by Beijing’s Standing Committee of the National People’s Congress, first gathered at Hong Kong government headquarters calling for universal suffrage and then occupied sites throughout the city, including Admiralty, Causeway Bay, Mong Kok, and Tsim Sha Tsui.

As tens of thousands of Hong Kong residents began to participate in the demonstrations, the movement gave rise to new political voices like that of Joshua Wong, the then 17-year-old leader of student group Scholarism, which played a major role in the protests. It also sparked solidarity rallies in Taiwan and cities around the world as messages of support via social media poured in. RFA’s e-book collects many of these messages and images that were featured on a virtual solidarity wall. While Chinese state-run media covered the demonstrations selectively, if at all, RFA was able to reach audiences inside China, bringing them accurate news along with global messages of support and information on banned social media hashtags.