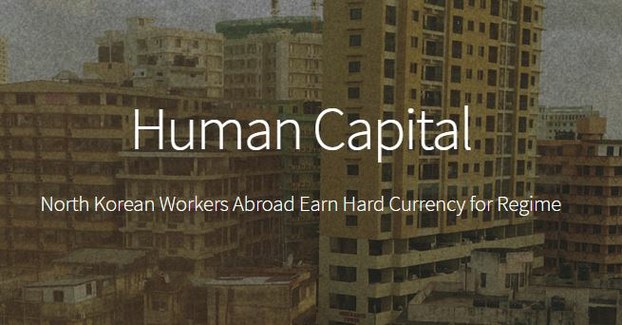 This in-depth series focuses on North Korea’s practice of sending tens of thousands to work in foreign countries. Currency earned overseas benefits the country’s ruling regime. The project marks the first of a series of RFA special investigations coming out this year.

“With this venture, RFA investigates the consequences of an isolated dictatorship that does little to improve its own people’s living standards but profits from sending its work force abroad,” said Libby Liu, President of RFA. “RFA looks forward to the launch of more in-depth, ongoing investigations this year.

“Investigative projects can greatly benefit our audiences in Asia whose governments and state-controlled media often do little to shed light on the issues and decisions directly affecting their lives.”

RFA’s project, which utilizes on-the-ground reporting in Africa, the Middle East, and Asia, begins with two reports on North Korean-run medical clinics in Tanzania. It is estimated that more than 50,000 North Koreans are working overseas. They might be doctors or construction workers but their lives are tightly controlled. These workers also help the Stalinist state skirt UN sanctions by earning billions of dollars’ worth of hard currency for the regime. A UN report from last year estimated that the North Korean government earned between 1.2 billion to 2.3 billion USD annually through these forced laborers.

The first installment of the series, the two-part feature “Exporting Fakes? North Korean Clinics Hawk Questionable Medical Care to Tanzania,” provides an up-close look at the conditions and practices of medical facilities set up and run by North Korean transplants in Dar-es Salaam, Tanzania. RFA found the treatment provided by medical staff is putting the health of Tanzanians at serious risk with improper diagnoses, a major language barrier, and questionable medical practices and ingredients in the prescribed medications. The country is believed to host a total of 12 North Korean clinics, with four opening in Dar-es Salaam since 2009. Future installments of RFA’s North Korean overseas labor project will include reports from Kuwait, Cambodia, and Myanmar – all examining the lives, impact, and conditions of North Korean workers in those foreign countries.

Some of RFA’s special investigative projects to come later this year include: “Between Identity and Integration: “The Uyghur Diaspora in the West”; “Fool's Gold: Government-Run Metals Exchange Defrauds Millions”; “Buying Influence: China's Mission in Cambodia”; and “The Wild West: Gold Mining and its Hazards in Myanmar.”