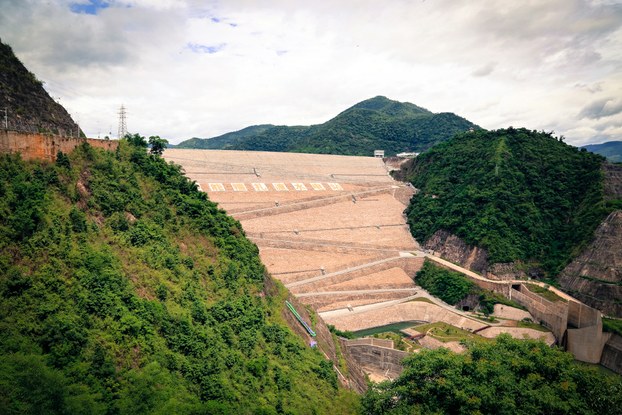 The Nuozhadu Dam, the fourth largest hydropower plant in China.

WASHINGTON – Radio Free Asia (RFA) was a winner at last night’s 2017 New York Festivals International Radio Program Awards gala for its investigative web series on the impact of China’s rapid development on the Mekong River. “A River in Peril: The Mekong Under China’s Control” won a silver award in the category of Best Online News Program. In addition, two other entries from RFA were listed as finalists.

“China’s Mekong development and dams have a detrimental impact on the lives of millions downstream,” said Libby Liu, President of RFA. “RFA has documented this underreported story from the beginning and will continue to bring it to our audiences, who are directly affected.

“Dan Southerland and the team behind this project deserve credit and recognition for bringing this important and on-going issue to light.”

“A River in Peril” tells the story of Southeast Asia’s longest river, on which more than 60 million depend for their food, drinking water, and livelihoods. Including personal accounts from people of all walks of life from six countries in addition to analysis by some the world’s foremost authorities on the Mekong, the project follows on RFA’s award-winning 2009 web series “Traveling Down the Mekong,” which chronicled the early phases of the waterway’s damming. RFA revisited many locations from its 2009 series in China, Myanmar, Thailand, Laos, Cambodia, and Vietnam, interviewing people who have both witnessed and endured the drastic changes since then. RFA’s founding executive editor Dan Southerland led the project as a follow-up to the 2009 project, which he also produced.

RFA’s finalist entries were submissions from its Korean and Khmer (Cambodian) language services.  “My Son, I’m So Sorry!” follows the stories of North Korean women refugees who left behind families and loved ones to escape life in the isolated dictatorship. These women continued to face hardships and abuse in China, where they live in hiding to avoid being sent back to North Korea. RFA Khmer’s “Damming the Future” reports on the human and environmental impact in Cambodia of the construction of the controversial Lower Sesan II dam.