Statement of RFA President on the Passing of Dick Richter, RFA's Founding President 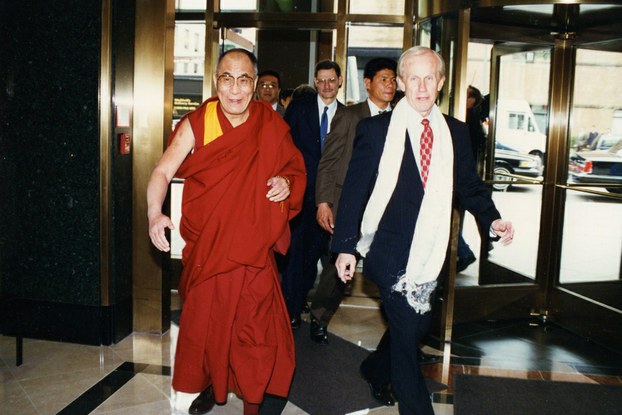 Dick Richter with the Dalai Lama at Radio Free Asia's headquarters in Washington, DC, in 1997.

WASHINGTON - Radio Free Asia's (RFA) founding President Richard "Dick" Richter passed away on June 29, 2018. Appointed by the Broadcasting Board of Governors (BBG) in 1996, Richter led the launch of RFA and its expansion into nine language services. In July 2005, he retired after five decades in the news and media industry. Prior to leading RFA, Richter worked for ABC News, CBS News, and PBS, where his work was recognized through major national and international awards. RFA's President Libby Liu, Richter's successor, said:

"As Radio Free Asia's founding President, Dick Richter set a high example of leadership. Through his diligence, compassion, and vision, he was able to establish a world-class news organization focused on the people it serves. Despite increasing authoritarianism and repressive censorship in Asia, RFA continues to succeed in its congressionally mandated mission. Like many who were fortunate to work alongside Dick as he set a path for the future at RFA, I will dearly miss him. My thoughts are with his wife Joan and their family."