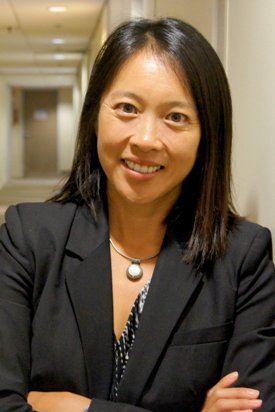 “Bay’s experience as a Beijing-based correspondent who also reported from the war zones of Iraq and Afghanistan, in addition to her diplomatic career, make her an asset to RFA in advancing our mission of gathering news in some of the world’s toughest media environments,” said Libby Liu, President of RFA. “Her knowledge, expertise, and leadership will help to expand RFA’s capacity for covering critical developments in China and North Korea, as well as enhancing audience engagement. We are delighted to have Bay on our team.”

“I have long admired the work of Radio Free Asia journalists, and am thrilled to be joining an organization with such an important mandate,” Fang said. “Bringing objective, accurate, and timely news to people in countries that restrict free press is a cause that is more critical than ever. I hope to help RFA continue to break stories and deliver impactful journalism in some of the most challenging regions of the world.”

As Managing Director, Northeast Asia, Fang will work closely with the directors of five language services to manage the daily and long-term operations of RFA Mandarin, Tibetan, Cantonese, Uyghur, and Korean. She will oversee a year-long investigative series across all the language services, and help to increase the impact of RFA’s programming.

Prior to joining RFA, Fang was a senior fellow at the New America Foundation, where she worked on China issues, focused on the new generation and technological change. Before that, Fang served at the U.S. Department of State as a Deputy Assistant Secretary overseeing public affairs and public diplomacy for Europe and Eurasia. With more than a decade of journalism experience, Fang was most recently the Chicago Tribune’s Washington-based diplomatic correspondent after an eight-year stint with U.S. News and World Report that began in Beijing as the Asia bureau chief before taking her to Afghanistan and Iraq as a war correspondent. She won a Robert F. Kennedy journalism award for her article “China’s Stolen Wives,” about kidnapped women in China. Also during her tenure in Beijing, Fang wrote about Chinese underground house churches and the spread of HIV/AIDS in China and traveled widely in the region, including twice to North Korea.

Fang obtained a bachelor’s degree with honors in Social Studies and East Asian Studies at Harvard University. She received a Fulbright Scholarship and was based at the Chinese University in Hong Kong, where she published a project on the democratization of Hong Kong and its handover from British rule.