'I Don't Think This Could Ever Happen in China': Interview 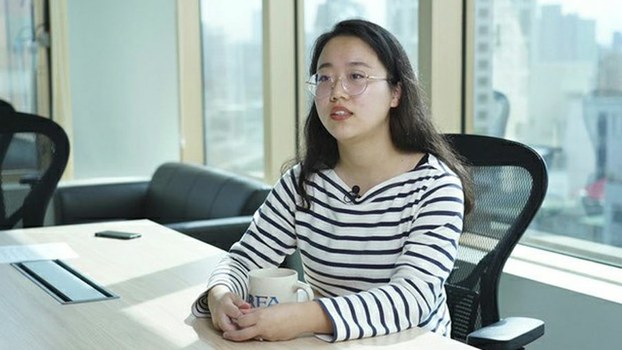 Last July, Ren Ruiting fled to Taiwan with five other family members after the raid by Chinese authorities on the Early Rain Covenant Church in the southwestern Chinese city of Chengdu. The family entered the democratic island, which has never been ruled by the Chinese Communist Party, on visas enabling medical tourism, and have lodged a refugee application they hope will see them resettled in the United States. Ren spoke to RFA's Mandarin Service about her reaction to watching her first fully democratic election, which resulted in the re-election of the Democratic Progressive Party's Tsai Ing-wen to the presidency:A campaign team for one of the candidates is canvassing in the market. They are really making a big song and dance of it. One minute they're handing out flyers, and the next, a group of students starts addressing people through a megaphone. I don't think this could ever happen in China. We have handed out gospel tracts before in China, so we know what that feels like, but then we got detained.It's pretty amazing that you have people on the streets here talking in public about which candidate they support, and why, or talking about all the things they want to do if they get elected. These people really are serving the people; they are communicating with them, building bridges.There is a feeling that the whole population is participating [young and old alike] which shows you that the people really are the masters of Taiwan. Young people in particular seem really worried about the future of their country.Back in China, everyone used to say that Taiwanese people were unfriendly to people from mainland China, and they would look down on you, and that the young people were all separatists. We couldn't watch Taiwanese TV for more than a couple of minutes without switching channels.All [the Chinese government] knows how to do is spout slogans about how China must "unify" with Taiwan and that there is only "one China." But these people are telling them that they're not against China, or mainland Chinese people, they're just not going to do what China says.But it's not surprising we don't get a feeling of friendship from Taiwan if all we do is shove these premises down their throats, saying they have to accept them or we can't be friends.I have thought about [what this might look like in China]. But I would only dare to talk about it in Taiwan. I might go so far as to think that it might be better for everyone's development if China was peacefully divided into several different countries, such as Xinjiang, Tibet, Mongolia, Hong Kong and Macau ... Like Europe, where the countries have a separate existence, but also a lot of connections.In China, there is no freedom of expression, nor of religion, and the rules and regulations govern the exact times and places in which you are allowed to spread the Gospel. It's pretty much the same as not being allowed to spread it, because you never know which times or places are allowed, nor who is making the rules.For example, our pastor said something, a single sentence, which was "[Chinese president] Xi Jinping will regret it if he doesn't repent." He was talking about the persecution of churches in China, which is a reality that we have all experienced. It was in keeping with his religion, and in keeping with the facts of the situation. But he was sentenced to nine years' imprisonment. I think the government tries to make examples out of cases like this to warn the others not to say anything rash.Reported by Hwang Chun-mei for RFA's Mandarin Service. Translated and edited by Luisetta Mudie.