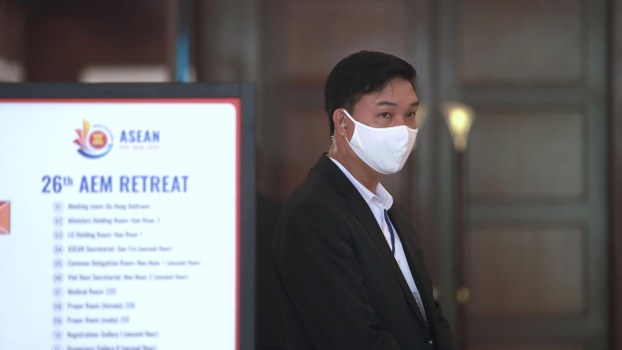 Vietnam’s Health Ministry reported the country’s 34th case of COVID-19 Tuesday, a woman that may have contracted the disease in a manner unrelated to the recent Hanoi outbreak.

In late February the Southeast Asian country had a mere 16 cases and all 16 had recovered, but since then the virus has resurged, with the 17th case reported Friday, followed by an outbreak centered around her in the capital Hanoi.

According to the South China Morning Post, a woman named Nguyen Hong Nhung was identified as Hanoi’s patient zero after she returned home on a flight from London on March 2. She had also visited Paris and Milan.

The ministry’s report said the 34th case is a woman who returned to Vietnam from the U.S. after transiting in Qatar and Incheon International Airport in South Korea.

She entered Vietnam at Ho Chi Minh City’s Tan Son Nhat International Airport on March 2. On Monday she was hospitalized after showing symptoms, and tested positive for COVID-19.

Also on Tuesday, 12 new cases were discovered in passengers that were on the same March 2 London-Hanoi flight with Nguyen. Ten of those infected passengers were Britons, two of whom were already in quarantine in Lao Cai province.

Another three confirmed cases were also reported in Danang, 476 miles south of the capital, bringing the total in that city since the Hanoi outbreak to five.

Vietnam’s finance ministry reported that the government plans to allocate 518 billion dong (U.S. $22.2 million) from the country’s 2020 reserve state budget to the Health Ministry to prevent the spread of the virus.

This appropriation of funds comes as the economy slowed in the first two months of the year because of COVID-19.

State media reported Sunday that hundreds of Vietnamese trucks carrying produce or fruit were stuck for days at the Sino-Vietnamese border awaiting clearance.