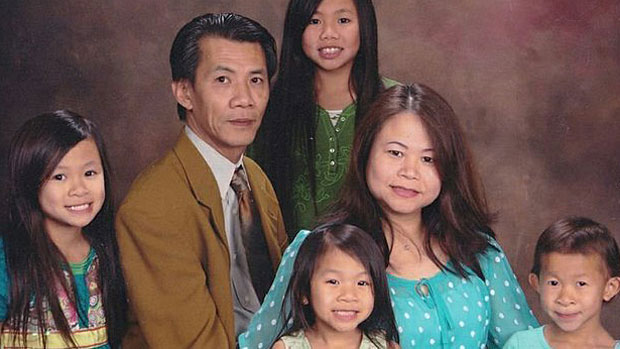 A U.S. citizen serving a 12-year prison term in Vietnam for activities “aimed at overthrowing the state” has filed an appeal asking that his sentence be reduced, sources say.

Michael Nguyen, a resident of California and father of four, disappeared on July 6, 2018 while visiting friends and relatives in Vietnam, and his whereabouts and condition remained unknown for more than three weeks.

He will be deported after his sentence is served.

Two other men, Huynh Duc Thanh Binh and Tran Long Phi, were convicted with Nguyen on June 24 by a court in Ho Chi Minh City on the same charge and were handed prison terms of 10 years and eight years, respectively.

Speaking to RFA’s Vietnamese Service on July 29, attorney Nguyen Van Tam, who represented Nguyen’s co-defendant Binh at his trial, confirmed a report earlier in the week by the Ho Chi Minh City People’s Court that Nguyen has filed an appeal.

“Usually after a trial, the court clerk will send the defense lawyer the trial record and sentence statement, and then about a month later the lawyer will receive another notice asking them whether they want to appeal,” Tam said., adding, “I’ve now received all of those documents.”

A hearing for the appeal can then be held about 90 days after all documents are returned, Tam said, but because Nguyen is a U.S. citizen, the U.S. State Department can request that the appeal be heard earlier, Tam said.

A U.S. lawmaker has meanwhile called for Nguyen’s immediate and unconditional release.

“The facts of [this] case are simple,” Alan Lowenthal, a California representative to the U.S. Congress, wrote in a June 24 statement.

“An American citizen, Michael Nguyen, was convicted by the communist Vietnamese government in the hope it would deter other Vietnamese Americans from visiting Vietnam and exposing the Vietnamese people to ‘radical’ ideas like democracy, freedom, and human rights,” Lowenthal wrote.

Uh, he is an American citizen then why he doesn't get a trial in USA?
You communist goons can have him once we found him guilty!
If not, hand him over - unconditionally!