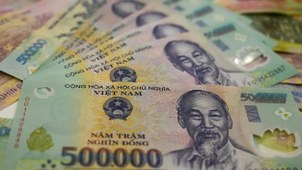 Le Dinh Kinh was killed in the latest flare-up of tensions over Dong Tam commune land taken by the military for construction of an airport.

Le Dinh Kinh was killed amid a confrontation with authorities that also left three policemen dead.

The deaths occurred at Dong Tam commune, the focus of a long-running land dispute between farmers and a military firm.

Government arrested 39 in 2019 on national security charges, including journalists, bloggers, publishers and even readers of “hostile” media.

The move will block building work by developers and parishioners alike, with new projects allowed only by government approval.

Son Bac Nguyen arranged the acquisition by a state telecom firm of a private TV company at an inflated price, causing losses to the state budget.

Activists say the move will undermine sympathy at home and abroad, making it easier to deport dissidents applying for asylum.

Journalist Pham Chi Dung is denied legal help until investigators finish looking into his case, one of his lawyers says.

One may now have cancer following refusals from prison authorities over several months to allow medical care.

Vietnamese authorities monitor and restrict the activities of the spiritual group, which is banned and harshly persecuted in China.

Funds needed to build the government-ordered systems were never released, leading to a request by affected provinces to postpone the deadline for construction.

‘He Felt I Would Understand,’ Hong Kong Protester’s Mother Says

An ethnic Vietnamese raised in Hong Kong returns from his studies abroad to take part in pro-democracy protests on the front line.

Vietnamese Dissident Who Died Behind Bars is Buried at Prison

Dao Quang Thuc died on Dec. 10 of what prison authorities called a stroke, and was quickly buried the same day, his son says.

Nguyen Thuy Hanh supports prisoners and their families with contributions raised from citizens around Vietnam.

Vietnamese Dissident Dies of ‘Stroke’ in Prison, Police Refuse to Give Body Back

Vu Huy Hoang was detained and beaten by police and went into hiding to prevent harassment of his family, he says.

The South China Sea Dispute, by the Numbers

Vietnam: The Fishermen and the Sea 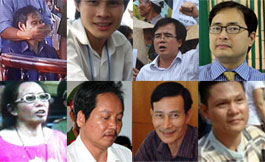