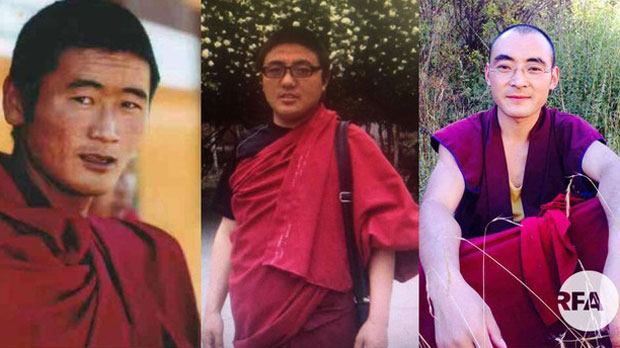 A Tibetan monk enrolled in Sichuan’s restive Kirti monastery has been sentenced to four years in prison, with his present whereabouts and the charges made against him still unknown, Tibetan sources in exile say.

“But other than that, no details are available regarding what he was charged with and where he is now imprisoned,” Tsering said, citing sources in Sichuan’s Ngaba (in Chinese, Aba) county, a part of Tibet’s historical eastern region of Kham.

“They said they would not allow the school to operate as a part of Kirti, and they transferred it to the county’s jurisdiction. But after having a lot of difficulty it was finally closed at the end of 2002,” Yeshi said.

Two other monks from Ngaba have meanwhile gone missing after being taken into custody by Chinese police, Tsering and Yeshi said.

Lobsang Dorje, age about 36 and also a monk at Kirti, was arrested sometime around August 2018, with his present whereabouts unknown. And Thubpa, 32, was taken by Chinese police at night from Ngaba’s Trotsik monastery sometime toward the end of 2017.

“His whereabouts are also unknown,” Tsering and Yeshi said.

Thubpa had previously been arrested for shouting political slogans and burning the Chinese flag during a period of widespread protests in 2008, and his father Kalsang was arrested and jailed for shouting slogans on March 16, 2011 against China’s rule in Tibetan areas, Tsering and Yeshi said.

Ngaba’s main town and nearby Kirti monastery have been the scene of repeated self-immolations and other protests in recent years by monks, former monks, and other Tibetans calling for Tibetan freedom and the return of exiled Tibetan spiritual leader the Dalai Lama.

Owing to strict clampdowns on communications by authorities in Tibetan areas of China, news of protests and arrests is frequently delayed in reaching foreign news outlets and other outside contacts.