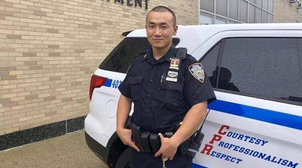 Baimadajie Angwang had spied for Beijing since 2014, informing the Chinese Consulate in New York of the activities of the exile Tibetan community in the New York area.

The move is an attempt by China to create a climate of fear among Tibetans as tensions rise on the India-China border, one source says.

In Tibetan areas of Qinghai, children are sent away to Chinese boarding schools, while local schools are merged to create classes taught only in Chinese.

Nomad families in Qinghai's Themchen county must leave their ancestral lands by the end of 2020, Chinese officials say.

He promises to sanction Chinese leaders for rights violations and to meet with exiled Tibetan spiritual leader the Dalai Lama, whom Trump has not yet met.

China and India accuse each other of provocations in Ladakh, without providing details.

Swiss migration officials say however that no one fleeing persecution will be sent home.

The billboards will be seen by millions of people during the two weeks they remain in place, the advocacy group Free Tibet says.

Community leader Bu Dokyab had told local Tibetans that surrendering land deeds would destroy their livelihood and end any chance of passing their land to future generations.

Dolkar was tortured while serving 15 months in prison for spreading news of a protest by her nephew.

Hollywood Censors Films for Content ‘Offensive’ to China, Fearing Loss of Business There

Studios write Tibet out of their scripts, helping Beijing advance its propaganda goals to world audiences.

Xingqing hid mining activities after receiving tipoffs prior to inspections.

The religious leader appointed by Beijing in place of a candidate chosen by the Dalai Lama is mostly ignored by Tibetans.

The festival had earlier been banned after a protest calling for the return of the Dalai Lama to Tibet.

Defendants are often tried in secret, and confessions obtained under torture are used against them in court. 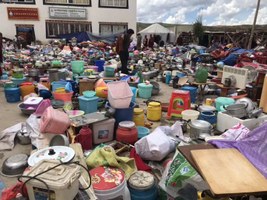 COMMENTARIES
AND ANALYSIS ON TIBET

Tibetan writer Woeser takes a close look at the messages in suicide notes, slogans and recordings left by Tibetans who self-immolate.