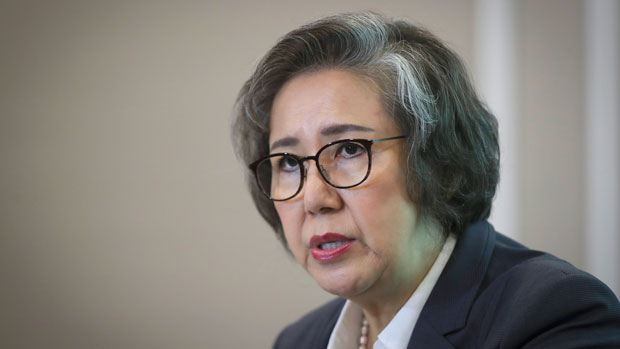 A government-ordered shutdown of internet services in areas of northern Myanmar’s Rakhine state has blocked important flows of information in the war-torn region, preventing reports of army atrocities from reaching outside news sources and delaying warnings of dangerous floods, a U.N. rights official said on Thursday.

Speaking to reporters in Malaysia’s capital Kuala Lumpur, Yanghee Lee—Special Rapporteur on the Situation of Human Rights in Myanmar—called the nearly month-old information blackout in Rakhine “unprecedented and unacceptable.”

“It is challenging to get information on what is happening on the ground under these circumstances, but I have been told that three villages in Rakhine have been burned down by the Tatmadaw [Myanmar’s national military] in the last two weeks,” Lee said.

Three Rakhine townships have also been struck by floods during the shutdown period, Lee said.

“There is no access to mobile internet in any of those townships, meaning that people were not adequately prepared for or warned of the floods that occurred,” Lee said, adding, “This has resulted in displacement and houses being destroyed.”

Humanitarian groups and other natural disaster responders have now found their work complicated by lack of internet access, said Lee, who is barred by Myanmar’s government from entering the country.

“The question is, did the Myanmar Government impose the internet ban to inflict more harm on the people living in Rakhine?” Lee asked.

Citing ongoing fighting between national forces and the Arakan Army (AA), an armed group demanding greater autonomy in Rakhine state, the Myanmar government on June 20 ordered four telecom operators to suspend internet services to eight townships in Rakhine and one in neighboring Chin state where battles have taken place.

Rakhine residents now report that they cannot conduct bank transactions or connect with relatives and friends at home or abroad. Domestic and international NGOs and other organizations meanwhile say their ability to help some of the roughly 35,000 people displaced by fighting in Rakhine has been limited by the shutdown.

A motion to restore internet service in Rakhine was meanwhile rejected in the lower house of Myanmar’s parliament on Wednesday, with no reason given for the refusal to bring it forward for discussion, sources told RFA’s Myanmar Service.

“We submitted the proposal yesterday,” said Khin Saw Wai, a member of parliament for Rakhine’s Rathedaung township, adding she was told that the speaker of the lower house would not permit her motion to be discussed.

“The [internet] ban was ordered by the government, but we should be allowed to discuss this inside the parliament,” she said. “This lies within the authority of the parliamentary Speaker.”

Attempts by RFA to reach Ti Khun Myat, Speaker of the Union Parliament, for comment on Thursday were unsuccessful.

The government has not accomplished its stated goal of enforcing security and the rule of law in Rakhine by shutting down the internet, one aid worker in the region said.

“The internet ban has impacted our relief efforts, and transactions for donations have been down,” Nyi Phu—chairman of the Phu Sin Myittar Humanitarian Association—said.

“But I don’t think this has alleviated any of our political problems. Restrictions can sometimes cause people to explode,” he said.

Many people living in Rakhine now have no idea what is happening in their own region, one local villager said.

“Houses have been burning in the Shi Shar Taung area in Buthidaung township,” Saw Win, a resident of Zaydi Byin village in Rathedaung township, said.

“But since the internet is down, no evidence of this can be brought to the public. Even relief work for the floods in the area is having serious problems now.”

The four, including Commander-in-Chief Min Aung Hlaing, are now barred from travel to the U.S. for their roles in a 2017 army campaign that killed thousands of ethnic Rohingya and drove more than 700,000 others as refugees into Bangladesh.

“I think we should freeze their assets and the assets of their families, too,” said Lee, adding that sanctions should be applied to the full group of six generals, including the four already banned from entry to the U.S., identified last year by a U.N. fact-finding team for referral to the International Criminal Court in the Hague for genocide.