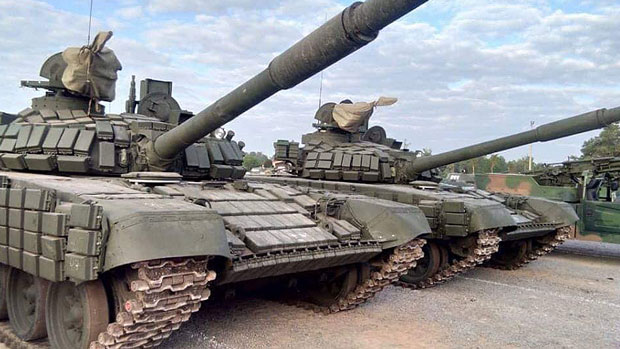 Amid growing defense ties between the two countries, Laos has ordered delivery from Russia of an unknown number of fighter jets and from 20 to 30 army tanks, with sources in Laos saying the purchase will be made with concessions to run mining and other projects in the developing Southeast Asian country.

The YAK 130 fighter planes and T-72B White Eagle tanks will be on hand for celebrations of Lao National Army Day on Jan. 20, sources told RFA’s Lao Service, with one source adding that only four planes were requested at first.

“However, we expect that the Lao government will buy more jets,” RFA’s source, an airline official, said.

“The cost of these heavy weapons has not been published yet, but Laos doesn’t pay Russia in cash,” the source added, speaking on condition of anonymity.

Also speaking to RFA, a source close to a high-ranking Lao military officer said that the total cost for the planes and tanks will come to “many millions of U.S. dollars, with the Lao government giving Russia the concession of mining and development projects in exchange.”

Russia is already surveying mines in Laos for investment purposes, sources say, though local media report that Russian teams have also entered the country to help clear unexploded ordnance left behind from the U.S.-Vietnam War.

“Does it make sense that Russian soldiers would come here only to carry out a humanitarian mission?” RFA’s source asked, adding that from 1980 to 1989, Russian workers had carried out mining work along Route 9 in Savannakhet province in southern Laos.

“I was there too, and worked on those,” he said.

Laos is paying not only for jets and tanks, but for guns, bullets, and other equipment, RFA’s source said.

“And that doesn’t even include the costs for maintenance and for paying Russian trainers,” he said. “All of this costs a huge sum of money.”

Traditionally, the Lao military does not like to reveal the true cost of such purchases, using “national security” as an excuse for its silence, another source said, also speaking on condition his name not be used.

“But in fact, the military officers in charge of logistics are now getting richer,” he said.

What are they good for those mad Lao losers beside barking!

Laos is the lowest of the lowest of producing anything. Anything has to be traded with expensive resources of the nation such as gold, mining, and else. Laos has been a betrayed country to other nations for long time. When the communist came in, they blamed the king of doing so and now they become even worst.....they are like pigs only know how to eat but not knowing where food will come from...so they have to trade a little with the wealth of their own nation.

What a wonderful idea from the blood-sucking government of Laos! You trade your mines for tanks. This is the first time that happened in the history of mankind. I don't really know if you're human Lao party-state.

HEAVY WEAPONS TANKS, JETS, GUNS..
Where are they going to shoot? They all COMMUNISTS THERE IN LAOS ( VIETNAM,CHINA, RUSSIA)Only thing I could see is Preparing to RUN THE TANKS over their own people is they rise up that's all.