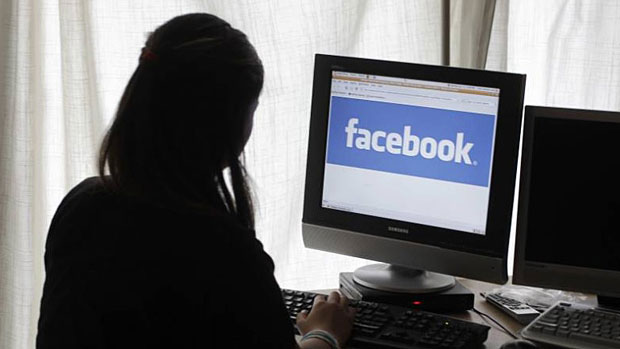 A Lao woman reads Facebook on her computer in an undated photo.
Photo provided by a citizen journalist

Lao residents are increasingly abandoning state-controlled news sources and turning more to the internet and social media to get news they can trust, sources in the communist Southeast Asian country say.

“For example, when there was a flood in Attapeu province, social media very quickly reported the number of deaths,” the young woman said. “But the Lao government was not really open about any of this,” she said.

Also speaking to RFA, a man in Savannakhet province in the south of Laos said he now reads Facebook to get news not previously screened by authorities.

“[Lao] TV provides only restricted news and information, for example news about drug trafficking and other news about the country,” the man said, also speaking on condition he not be named.

“The stories broadcast on TV aren’t clear, and are screened ahead of time by the authorities,” the man said, adding, “The internet is not restricted, and the authorities can’t control the information we find on it.”

Both sources told RFA that they frequently check their smart phones when looking for news and other updated information whenever they can get a clear signal, looking also at the social media platforms Line, WhatsApp, and WeChat.

In an annual report released earlier this month, Paris-based media watchdog Reporters Without Borders (RSF) gave Laos a ranking of 171, close to the bottom of a 180-country survey of press freedoms worldwide, saying that the country’s ruling Lao People’s Revolutionary Party (LPRP) “exercises absolute control over the media.”

“Increasingly aware of the restrictions imposed on the official media, Laotians are turning to the Internet and social media,” RSF said in its report.

“But use of online news and information platforms is held back by a 2014 decree under which Internet users who criticize the government and the Marxist-Leninist LPRP can be jailed,” the press freedoms group said.

Speaking to RFA, a Lao government official dismissed the RSF report, saying, “We have a socialist media, and we serve a socialist regime, the Party and the government.  I don’t believe in their ranking.”

“Our government doesn’t force us to do anything,” he said. “For example, if the government tells us not to publish a story, we simply don’t do it.”

The number of people using social media in Laos is expected to surge this year, as telecom operators compete with each other to offer better services, a report released at the beginning of April by the state-controlled Lao National Internet Centre shows.

The number of the country’s social media users is now projected to reach 2.7 million or 39 percent of the population this year, according to the report.

TV and radio stations allowed to broadcast by the Lao blood-sucking party-state are just telling lies from the same party-state to Lao people. They cannot trust nor rely on the Lao official news any longer.