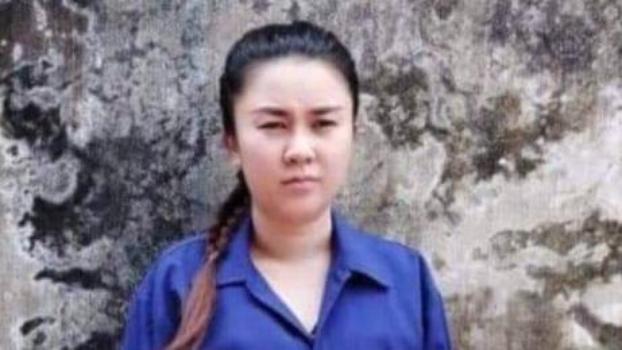 A woman in Laos was arrested last week on charges of defaming the country after she posted criticism on Facebook of the slow government response to severe floods in the country’s southern provinces, sources say.

Houayheuang Xayabouly, 30, criticized the government for delaying their rescue effort, leaving many victims still trapped in areas cut off by floodwaters.

A source familiar with her case told RFA’s Lao Service she was arrested on Thursday and is in custody in Champassak province.

“The police confirmed her arrest and she’s now being detained in the Champassak provincial jail,” the source said on Friday.

“She is not allowed to meet anyone yet because the police are still investigating her,” said the source.

The criticism was posted in a Facebook Live video, where she complained about delays in rescuing victims in Champassak and Salavan provinces on September 5.

“She was arrested because she was critical of local authorities for the delay, [saying] they left the flooded villagers to their own devices,” said a source, who lives in Houayheuang Xayabouly’s neighborhood.

Her family applied at Champassak’s Phonethong district police station Monday to have her released on bail, but an officer there told RFA the decision to grant bail must go through the provincial police station.

“We have no idea if the relevant authorities, including the provincial police and prosecutors will allow her out on bail. She’s been charged with defaming the Lao PDR as well as the party and the state, which goes against Article 117 of Criminal Law,” said the officer.

The arrest came a little more than a week after a Lao man working in Thailand disappeared after criticizing his country’s government online and in public protests.

Od Sayavong, 34, vanished on Aug. 26 after telling a roommate that he would be home for dinner.

Part of a group of Lao dissidents living in Bangkok, Od had taken part in a June 16 protest in the city calling for political freedoms and human rights in Laos, especially for the victims of government land grabs and dam collapses that have left hundreds stuck in poor housing without a way to earn a living.

He had also called for the release of three Lao workers given long prison terms in April 2017 for criticizing their government while working in Thailand.

According to a press release from the International Federation for Human Rights (FIDH), Article 117 punishes with prison terms of one to five years and a fine of five to 20 million Kip (approximately US$570 to US$2,280) anyone who conducts “propaganda activities against and slandering the Lao People’s Democratic Republic, […] or circulating false rumors causing disorder by words, in writing, through print, newspapers, motion pictures, videos, photographs, documents or other media which are detrimental to the Lao People’s Democratic Republic or are for the purpose of undermining or weakening State authority.”

FIDH expressed disappointment that authorities arrested Houayheuang Xayabouly for exercising her right to freedom of speech.

“It is absolutely shocking and unacceptable that the authorities have arrested this local woman just because she was calling for victims of this disaster to get further assistance,” FIDH Secretary-General Debbie Stothard told RFA’s Lao Service.

“She was simply trying to get help for her community and it is ridiculous and horrifying that the Laos government has done this to her,” she added.

Meanwhile, Konakok Thadam, an official at Amnesty International’s Thailand office, told RFA, “Houayheuang Xayabouly has the basic right to express her opinion in support of rescuing people from the flooding crisis. She is not intentionally trying to overthrow the government.”

In the video, she said, “In this emergency situation, I am not in need of food and water yet, but yesterday [September 4], a huge flood came and people here were up on the roofs of their houses trying to escape. Where is the helicopter for rescuing those people?”

“I cannot be silent as we have been in the past. The era of the regime keeping the eyes and mouths of the people closed has come to an end,” she added.

While the government says it is doing what it can to assist victims of the flood, many have gone without any help.

A villager in Salavan province’s Khongsdone district said that even days into the flooding “villagers have not received any relief from authorities.”

Another villager in Champassak’s Sanansomboun district reported that nearly 600 villagers were on their own after the flooding, surviving in the jungle for three days without any help after fleeing to the mountains.

The flood in Laos’ southern provinces was preceded by a prolonged drought. Experts have said that climate change is likely responsible for longer dry periods and more severe storms in the Mekong region.

Estimates by the ASEAN Coordinating Center for Humanitarian Assistance suggest that 572,000 people have been affected by the flood. As of September 11, at least 14 people have lost their lives in the floods.

The cruelty of the communist laos. No wonder 1975 to 2020 their is still hmong rebels hiding in the jungle and launchint attack on Laos soldier. It's because of the evil and cruel laos pdr mistreatment of its own civilian. Look at laos people suffering even under the lao deng control

That's too bad that the government of a so called "Sathalanalat Paxathipatai Paxaxon Lao"(Lao People's Democratic Republic). Please carefully study the meaning of your country name and also re-read your Constitution and implement the constitution statements that promised to give to Laos people. Great leader take criticism to heart and use it a tool to better leading, governing and bring change to what need to be done. I'm so frustrated and forgot what I really wanted to say. I don't mind Communist so long if you're doing the right thing for the people, you don't have to follow Marxism ideology. You're in a great place to do a great things for the country and your citizen.

Any Aid funds given to Laos, should have a representative from that country follow up and record on how the funds are used & distributed. That's the only way you can prevent funds being used for corruption!

Please Human Right Watch UN take an investigation of this.

They must be Hungry to Arrest people DON'T THEY HAVE ANYBODY ELSE TO ARREST? She just express her opinion herself that's all What s wrong with that ARRESTING HER BECAUSE SHE EXPRESSING HERSELF WILL MAKE THE WHOLE WORLD LAUGHING AT YOU LAO EUY LAO GOV