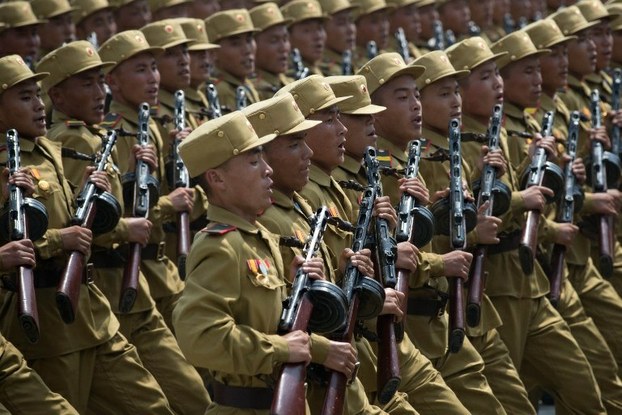 Officials in North Korea have begun conscripting people previously exempted from compulsory military service to counter the effects of a shortage of recruits due to the country’s rapidly decreasing birth rate, North Korean sources said.

The country’s birth rate has been sharply declining since a devastating famine hit the country in the mid-1990s during which several millions of North Koreans died of malnutrition and starvation. This was followed by the government’s discontinuation of food distribution.

Because the majority of those who perished were children, the country now faces a shortage of young people of conscription age, the sources said.

“Recently, the Central Party partially cancelled some recruitment regulations because of a decrease in the number of military-age recruits,” a source in North Hamgyong province told RFA, speaking on condition of anonymity.

In the past, those who were the only son in their families, whose parents worked on collective farms, or who were the children of mine workers did not have to join the military, he said.

“A new recruitment regulation requires that all men up to their mid-30s, who have been exempt from the military in the past, now serve,” he said.

Recent university graduates who have been exempt from military service, those who work in factories, and those who have a family are now among the citizens being recruited, the source said.

“They have already received physical examination notifications as the recruitment cycle for next year begins,” he said.

North Hamgyong’s military mobilization unit has already prepared next year’s recruits based on the new conscription criteria, he said.

The move has prompted North Korean citizens to criticize military authorities for indiscriminately recruiting young men to secure forces for construction projects rather than for combat missions, the source said.

The Central Party’s recent requirement of mandatory military service for youths up to their mid-30s to serve also includes women, a source in South Hamgyong province told RFA.

“However, I don’t understand how the Central Party will strengthen the military given the rapid decrease in youth population caused by a decline in birth rates from discontinued food distributions,” he said.

Military recruiters may not be able to adhere to the new recruitment policy because some elementary and junior high schools are eliminating classes due to a lack of students, he said.

Despite the revised recruitment policy, the continuing low birth rate and lack of food for soldiers means that there will not be enough recruits to comprise even half a military unit, he said.