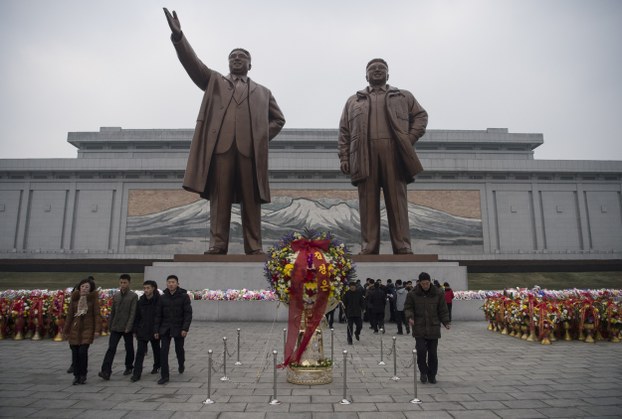 Two major national festivals that are held each year in Pyongyang on the late leader Kim Jong Il’s birthday on Feb. 16 were canceled this year due to fears of the possible spread of the novel coronavirus, RFA has learned.

The two holidays serve to emphasize the cult of personality surrounding the Kim family.

Preventative measures the government has taken over the past few weeks have led several North Korea observers to speculate that the virus has already entered the country, which has not reported any cases. South Korean media has even reported that several people in North Korea have died from COVID-19, the disease caused by the SARS-CoV-2 coronavirus.

“The Mt. Paektu Prize Sports Festival and the February Spring Arts Festival, which are huge national events were cancelled due to the recent coronavirus outbreak,” a resident of Pyongyang told RFA’s Korean Service this week.

“[The festival] began in 1977 and has continued every year until this year. It’s the first time in 43 years that it has been canceled,” the source said.

The cancellation of this event is akin to cancelling the Super Bowl in the United States. The source said that the festival draws the attention of sports fans nationwide because only the elite players and teams who have survived regional preliminaries are invited to compete against each other in Pyongyang during the festival.

“As the new coronavirus situation became more serious, the preliminary games for the festival were held without spectators. But now the athletes who earned the right to compete in Pyongyang are frustrated that the Central Committee [of the Korean Workers’ Party] cancelled the entire event,” the source said.

Another Pyongyang resident told RFA Monday that the cancellation of both festivals has made North Koreans realize that the coronavirus situation is serious.

“Fear of the new coronavirus is growing among Pyongyang residents,” the second source said.

The second source said that the February Spring Arts Festival is a national performance arts contest that has been happening every year since 1974.

“Every year the final round of the arts festival is held in Pyongyang, showcasing the talents of the best artists from each province,” the source said, adding, “It’s a great spectacle for everyone,” the second source said.

According to the second source, Kim Jong Un himself had been planning to attend the festival on this year’s Day of the Shining Star, but now that won’t happen due to the coronavirus.

“Artists who were selected for the finals after besting the fierce competition in their home region are very disappointed with the sudden cancellation.”

North Korea’s state media did not publish report on the two festivals, including any mention that they were cancelled.