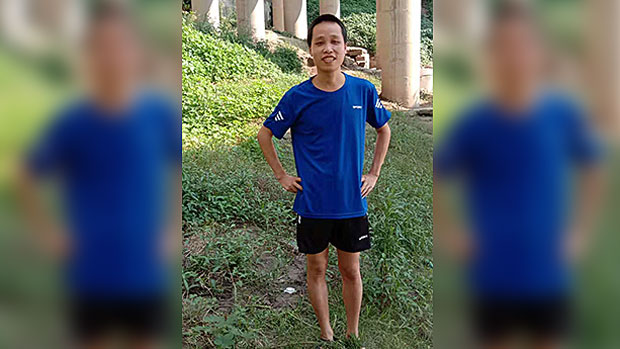 Authorities in the southwestern Chinese megacity of Chongqing have detained an activist who showed online support for the anti-extradition movement in Hong Kong.

Chongqing resident Huang Yang was detained after commenting on social media, in a reference to Hong Kong: "Do you dare to join me on the streets in a show of support for the Pearl of the East?"

The next day, Aug. 1, Huang got a phone call from local police, asking him to come down to the police station and make a statement.

When he got there, he found the police who questioned him were exercised by his use of the metaphor, "Pearl of the East."

"He asked me what I meant by the Pearl of the East, and I told him that I had learned via state media that the people of Hong Kong were engaged in a struggle against violence," Huang told RFA.

"I said they should support the people of Hong Kong."

Huang said police documents had shown that he was interviewed "on suspicion of making inappropriate comments online that disturb public order."

He said he had urged the authorities not to go chasing after shadows and wasting taxpayers' money on making trouble for citizens by pursuing him.

Huang said he is now under surveillance at his home in Chongqing's Yubei district.

"They hired a bunch of temps to watch me: they're sitting in uncomfortable chairs with the air-conditioner turned up really cold," he said. "I have only had a single bowl of congee in the past 20-something hours."

"I told them that there was a document missing, a record of summons, but they went right ahead and scanned my cell phone, even though they didn't have a warrant," he said.

Huang said he had made the comments in support of Hong Kong because he hoped China would one day become a better place.

"Why can Taiwan and Hong Kong [have freedom], but not the mainland?"
he said. "I am just a prisoner in a large prison."

"Hong Kong and Taiwan seem to be different; they have made a good job of ... democracy," Huang said. "Hong Kong gives us hope."

Chinese rights activist Wei Xiaobing was detained two months ago for supporting the anti-extradition movement in Hong Kong on Facebook and Twitter with the words "Hong Kong add oil!" which means "Go Hongkongers!".

Wei, who was held for 15 days of administrative detention, told RFA that the ruling Chinese Communist Party is terrified that Hong Kong's spirited defense of its traditional freedoms will infect the Chinese hinterland.

"They are afraid that a mass street movement in Hong Kong will spread to mainland China and cause a chain reaction, destabilizing the regime," Wei said.

"The fighting spirit and courage of this new generation of Hong Kong youth is truly admirable," he said.

Last month, police from the central Chinese province of Hunan detained three non-governmental organization (NGO) workers on suspicion of subversion after they expressed support for the Hong Kong anti-extradition protests.

Cheng Yuan, Liu Yongze and Xiao Wu, all of whom are members of the public interest law NGO, Changsha Funeng, have been incommunicado since about 12:45 p.m. on July 22.

The three are being held by the state security police in Hunan's provincial capital Changsha on suspicion of "subversion of state power," according to a lawyer connected with the case.

All governments are bad in terms of its institutionalized animal abuse and torture. That's why we all need to go vegan to stop the cycle of violence against animals.

The Chinese government is particularly atrocious because of its repressive regimes of the people and its animals.