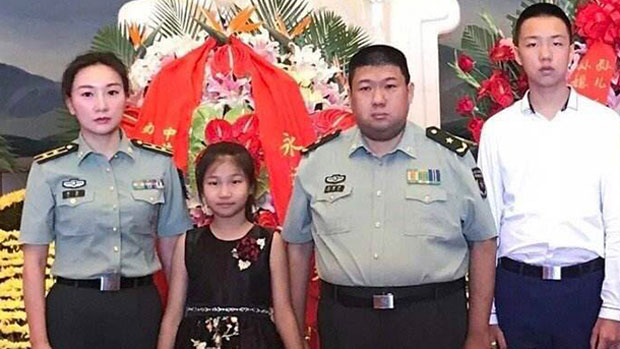 Police in Beijing on Wednesday detained the head of Peking University's Marxism study group as he was heading to attend an anniversary event marking the birth of late supreme leader Mao Zedong.

"This morning, the president of #Marxist Society in Peking university was brutally taken away from the campus by a handful of unidentified men and violently dragged into a black car owned by Public Security Department!," the Maoist Jasic Workers' Solidarity Group (JWSG) said via its Twitter account.

Qiu Zhanxuan, who heads the Peking University Marxism study society, was grabbed and forced into a black car outside the east gate of Peking University by a group of men who identified themselves as police, Reuters reported, citing a student eyewitness.

“I saw a black car parked by the gate and seven or eight men in plain clothes lifting him by his arms and legs and forcing him into the car,” the student, who asked to remain anonymous, said.

Qiu was on the way to attend a memorial he had organized for the 125th anniversary of Mao Zedong’s birthday, the report said, adding that his detention came after he was warned by a school official not to go ahead with the event.

Qiu's detention comes after authorities closed and banned the Marxism study group at Peking University, and shut down similar groups on several other elite university campuses, after they supported a workers' unionization movement at a factory belonging to Jasic Technology in the southern city of Shenzhen.

The ruling Chinese Communist Party has been quick to clamp down on student support for workers' rights in recent months, detaining, assaulting, or harassing dozens of workers, activists, and students since July.

Marxist and Maoist activists, many of them students, had flocked to Shenzhen to support the Jasic workers' cause, with some of them taking jobs in the factory and lodging an official application to set up a labor union.

As Qiu was being detained, the JWSG launched a campaign for the release of dozens of former Jasic workers and their Maoist supporters to coincide with the anniversary of Chairman Mao's birth.

"On the occasion of the 125th birthday of #MAOzedong and five months after the arrest of #jasic activists[, w]e hope all comrades can send their best wishes to the arrested person[s] to us," the group said via its Twitter account.

It said the greetings campaign would run from Dec. 25-30.

According to the Peking University Marxism study group, members of that group and others across China have been subjected to detention, chats with state security police, surveillance, following, and isolation, it said in a statement posted to the Jasic Workers' Solidarity Group (JWSG) page on Github.

Some students have been forced to suspend their studies, while Peking University authorities did nothing to prevent the violent physical assault and abduction of recent graduate and labor activist Zhang Shengye in November.

A total of 32 individuals are still in custody, disappeared, or under "residential surveillance in a designated place," while four former Jasic workers have been criminally charged with "gathering a crowd to disrupt social order," according to the U.S.-based group Human Rights in China (HRIC).

Of the 32, only five are known to be held at an official detention facility with an address—the Shenzhen Municipal No. 2 Detention Center, according to HRIC. The remaining 27 are being held at unknown locations.

More than 40 years after his death at the age of 82, late supreme leader Mao Zedong still presents a political dilemma to the ruling Chinese Communist Party.

While revering Mao as the leader who founded the People's Republic on Oct. 1, 1949, the party has been forced to conclude publicly that the leader made some "serious political mistakes."

Locally funded statues of Mao have been torn down in recent years, reflecting official concerns over the potential use of the Great Helmsman's image as a focus for millions of poor and dispossessed people in China, including the country's army of petitioners, many of whom have lost their land or homes to government-backed development.

Some supporters of the Jasic movement traveled to Mao's birthplace at Shaoshan in the central province of Hunan, now a major tourist attraction, on Wednesday.

"We came here today to express our unending reverence for Chairman Mao, as Jasic workers and as students in higher education," one visitor told RFA. "Also, our determination to forever stand with the people."