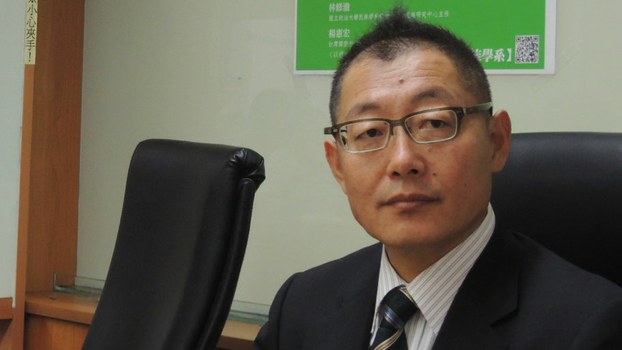 Yang Haiyang, a professor at Japan's National Shizuoka University, is shown in a file photo.

Forty-five Japanese universities -- both state-funded and private -- had known links with China's Beihang University, the Northwestern Polytechnical University in Xi'an, the Harbin Institute of Technology, and the Harbin Engineering University, among other PLA-linked institutions, the agency said.

The ongoing links with the PLA-linked institutions -- some of which are subject to export bans by the U.S. and other countries -- raise concerns that sensitive technology could be leaking to China from Japan, the report said, adding that some of the research could be useful in developing weapons of mass destruction.

It quoted officials from Japan's education and trade ministries as saying that they leave the management of their relationships with the seven PLA-linked schools to the individual universities, however.

Yang Haiying, a professor at Japan's National Shizuoka University, said that the exchange of cutting-edge technology between Japanese and Chinese universities has been going on since the 1980s.

"The Harbin Institute of Technology is the university that manufactures Dongfeng missiles," he said.

"All forms of high-performance technology require semiconductors, and there isn't a single item of cutting-edge technology in Japan that wouldn't be useful to the Chinese military," he said.

"They are extremely keen to get their hands on these technologies," Yang said.

"Military-civilian integration is a top priority ... for Xi Jinping, who was very insistent about this policy from the moment he took power," Yang said. "This rang alarm bells in the international community, because China used to acquire [other countries'] technology more slowly and quietly."

Yang said the Japanese government's apparently hands-off approach to universities' management of their research partnerships with the PLA-linked schools belied a change of policy in Tokyo, however.

"The universities must know what the government wants to do," he said. "If they don't toe the line, they may find themselves unable to get the funding they want next year."

Alexander Huang, associate professor in the Department of Diplomacy and International Relations at Tamkang University on the democratic island of Taiwan, said high-level, defense-linked research exchanges are common around the world, however.

"This is also common in democratic countries," Huang said. "There are many memoranda of cooperation or research agreements with Chinese universities closely linked to the People's Liberation Army (PLA)."

"If this causes concern in liberal democracies, then steps should be taken to change that in those countries," he said.

A Japanese defense ministry think tank warned earlier this month that the PLA wants to use cutting-edge technologies like private sector-developed artificial intelligence to enhance its offensive capability in cyberspace and outer space,

The National Institute for Defense Studies said in its annual report on China's security strategy: "The PLA will build up its interference and strike capabilities to prevent the United States' military use of both the cyber and space domains."

It said China is ramping up its investments in private sector science and technology companies under the country's strategy to fuse corporate and military advances through nationalization so that other countries cannot interfere, Kyodo reported.

The report said that the growing integration of the military and the private sector in China had "made Western countries recognize a need for countermeasures linking the economy and security, and have led them to strengthen trade and investment regulations."

Japan has scrambled jet fighters against Chinese drones in the past, and sent small drone-like aircraft into Japan's airspace around the Senkaku Islands in the East China Sea in May 2017 and April 2018, the report said.

It called on the Japanese government to enhance its defense capabilities in the new domains, including AI, while deepening its alliance with the United States and conducting strategic dialogue with China through bilateral and multilateral frameworks.

Reported by Gao Feng and Gigi Lee for RFA's Mandarin and Cantonese Services. Translated and edited by Luisetta Mudie.