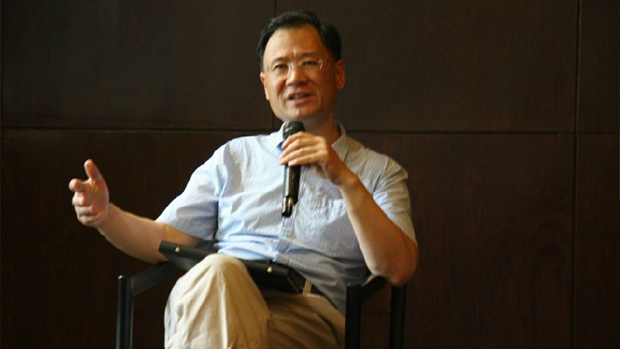 Authorities at China's top science university have suspended a professor from teaching duties after he criticized President Xi Jinping's constitutional amendments allowing him to serve an indefinite term in office.Tsinghua University law professor Xu Zhangrun was recently notified by school authorities to cease performing any duties, and banned from teaching and counseling students, sources told RFA.The move comes after Xu published an article last July hitting out at the return of totalitarianism under the ruling Chinese Communist Party, including the abolition of presidential term limits and a cult of personality around Xi.He called for amendments nodded through by China's rubber-stamp parliament, the National People's Congress (NPC) in 2018 to be revoked, and for an end to massive international expenditure to boost China's influence overseas, as well as legislation requiring officials to publish details of their assets and financial interests.Xu also published articles in November and January hitting out at "red" imperialism and calling for an upgrade to China's political system.A friend of Xu's who requested anonymity confirmed to RFA on Tuesday that he had been relieved of his duties at Tsinghua, although he remains on the payroll.An employee who answered the phone at the Tsinghua University law school declined to comment on Tuesday."We're not clear about this ... this wouldn't be for us to decide," the employee said.

Beijing-based writer Zhang Yihe called on fellow Chinese intellectuals to stand with Xu."There are many people talking about this in intellectual circles, but not many of them are brave enough to stand up," Zhang said. "Deep down, everyone, whether they are an intellectual or an ordinary citizen, is scared.""One shouldn't underestimate what is going on in China right now," he said. "We should take a very clear stance, regardless of whether we are on the left or right of politics, that it is unacceptable for an elite professor like Xu Zhangrun to be suspended from teaching class over one or two articles.""Everyone should be brave and speak out about this. Tsinghua University shouldn't be allowed to get away with such high-handed behavior," Zhang said.Zhang Lun, an economics professor at the University of Selci Pontoise in France, said Xu's fate was sealed as soon as he published his articles, however."There are very few voices like Xu Zhangrun's in China right now ... who are willing to point out that the emperor has no clothes," Zhang Lun said. "I was pretty sure that Xu would be retaliated against as soon as those articles came out.""It would be strange if they didn't go after him, given Xi Jinping's insistence on social control and his throttling of freedom of expression," he said. "Chinese intellectuals should continue to speak out against such oppression and persecution."Xia Yeliang, a former economics professor at Peking University who now lives in the United States, agreed."The Chinese Communist Party will come after you, regardless of whether you criticize them gently or more directly and openly," Xia said. "Academics who criticize the party's autocratic rule should be under no illusions; you can't give them advice in good faith ... you have to abandon these illusions and take the fight to them."

Xu, 57, also served as the director of the Center for the Rule of Law and Human Rights at Tsinghua, and as a special researcher at the liberal Unirule Institute, which was shut down by the authorities last year.Last August, the Chinese government announced a new ideological campaign targeting the country's intellectuals, particularly those who may not be "patriotic" enough.The campaign was based on remarks by President Xi Jinping on "carrying forward the spirit of patriotic struggle," state news agency Xinhua reported at the time, citing a joint statement from the party's organization and propaganda departments.The campaign seeks to wage "unremitting struggle" among intellectuals so as to "strengthen unity," it said.In practical terms, all departments are being ordered to strengthen propaganda work, including "interpretation" of Xi's directives, by organizing study sessions for intellectuals, the agency said.Such sessions must "enhance the ideological identity, emotional identity, and value identification" of intellectuals in Xi's "new era of socialism with Chinese characteristics," the directive states.Individuals may also be singled out for such work, it said.Departments at all levels are required to submit concrete plans for the implementation of the directive, the report said.Bao Tong, a former top aide to late ousted premier Zhao Ziyang, has said the current regime is mimicking late supreme leader Mao Zedong in its approach to the party line.Reported by Ng Yik-tung and Tam Siu-yin for RFA's Cantonese Service, and by Wang Yun for the Mandarin Service. Translated and edited by Luisetta Mudie.

You have been thinking too much, you are under arrest ! Chinese Thought Police in action.