Chinese Lawyer Who Reported From Wuhan Detained, 'in Good Health' 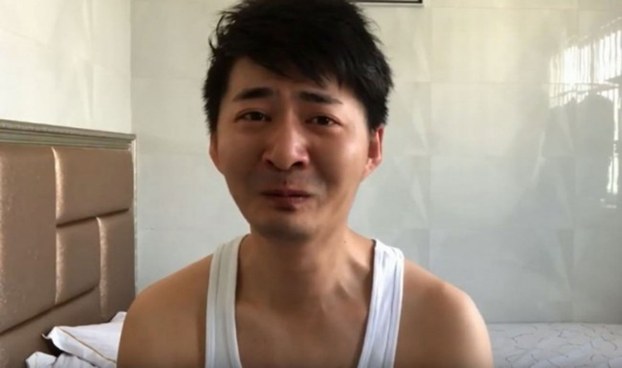 Chinese lawyer-turned-citizen journalist Chen Qiushi, who was detained after reporting from the front line of the coronavirus epidemic in the central city of Wuhan, remains "under the supervision" of the authorities, a close friend has said.

Chen's friend and mixed martial arts (MMA) star Xu Xiaodong said via a statement on YouTube that Chen is in good health, but has yet to return home.

"[Chen] Qiushi is still under the supervision of a certain agency and hasn't come home yet," Xu said.

"According to sources in China, Hong Kong and Japan, he has no money ... and never incited anyone [to subversion]," Xu said. "He has never been in touch with any opposition groups overseas."

"For the time being, there will be no prosecution or trial."

Chen was taken away by police on Feb. 6 after he started livestreaming from hospitals in Wuhan.

One of Chen's last broadcasts was from the newly built prefabricated hospital in Wuhan, which he had reached on a borrowed electric motor scooter, and which he described as "not fit to house infectious disease patients, as it was obviously designed to be a battlefield hospital."

'I will carry on reporting'

In a video posted about the events of Jan. 29, Chen had already expressed concerns that the authorities were on his trail.

"I have the coronavirus in my face, and the entire law enforcement system of China on my tail," he said. "But I will carry on reporting from Wuhan for as long as I am still alive."

"If I'm not afraid to die, why would I fear the Communist Party?"

Meanwhile, authorities in Beijing have denied an application for bail for former Tsinghua University professor Geng Xiaonan and her husband, who were detained after she spoke out on behalf of a number of prominent Chinese dissidents, including Chen Qiushi.

Geng and her husband were detained earlier this month on suspicion of "illegal business activities" linked to the publishing company they run together.

The U.S. State Department has expressed concern about their detention.

U.S.-based lawyer Chen Jiangang said China's legal system has no concept of rule of law, and functions simply to further the interests of the ruling Chinese Communist Party.

"China does not have the rule of law, only the rule of man," Chen Jiangang told RFA in a recent interview.

"The law is only applied to limit and suppress, and is of no use when it comes to ensure that the authorities govern according to law," he said, adding that the problem has worsened under the rule of general secretary Xi Jinping.

He said defense attorneys are of little use, because China's party-controlled judicial system limits what they can do.