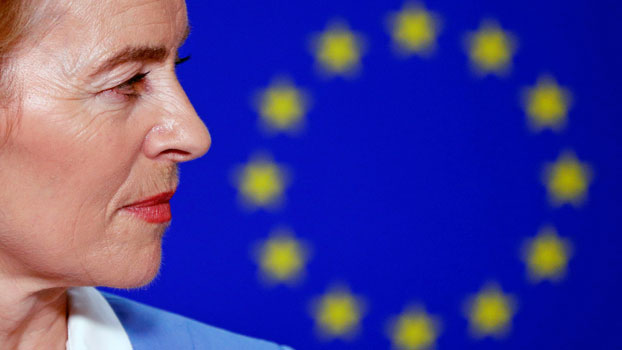 Ursula von der Leyen has pulled no punches about where she sees Europe’s place in the world vis-à-vis China, the European Union’s second-largest trading partner whose increased economic power and political sway on the continent have caused growing anxiety of late.

The 60-year-old former German defense minister who will step into her new role as European Commission (EC) president in November has said that the EU has not focused enough attention on China and has called for a common stance towards the country.

During a speech before members of the newly elected European Parliament in mid-July, von der Leyen laid out her agenda for the EU, calling for multilateralism and fair trade while defending a rules-based order.

She cautioned lawmakers about entanglements in debt-laden infrastructure deals, a tacit reference to some member states' involvement in China's Belt and Road Initiative (BRI), the trillion-dollar infrastructure investment and lending program that is a signature policy of Chinese President Xi Jinping.

Von der Leyen’s remarks in Strasbourg last month followed an interview in January in Germany’s Die Zeit newspaper in which she spoke more directly about her views on China’s economic might and its impact on Europe.

“Where Russia attacks militarily in the cyber realm, China takes economically,” she said. “We must define and enforce our interests in China together as Europeans.”

She went on to say, “China kindly ensnares us. And that’s why we often overlook how consistently it pursues its goals. And how cleverly.”

Von der Leyen and other incoming EU officials will maintain this tougher approach to China, which began months ago under current EU leaders, as they seek to safeguard European investments and improve market access for European firms during the next five-year term, experts on EU-China relations say.

“Probably the incoming leadership of the EU will continue the current policy; that is, take a tougher stance on topics such as Chinese direct investment, scientific cooperation, and 5G [high-speed mobile networks],” said Frans-Paul van der Putten, a senior research fellow who specializes in China’s BRI strategy at the Clingendael Institute, a Netherlands-based think tank.

“In the past few years, Germany and France have been important drivers behind this development, and they are likely to maintain that role,” he wrote in an email.

The countries — the EU’s two largest economies which have huge investment ties to China — have called for more reciprocity and a level playing field in trade and investment deals with China, with French President Emmanuel Macron urging the EU to form a united front in response to Beijing’s global ambitions. 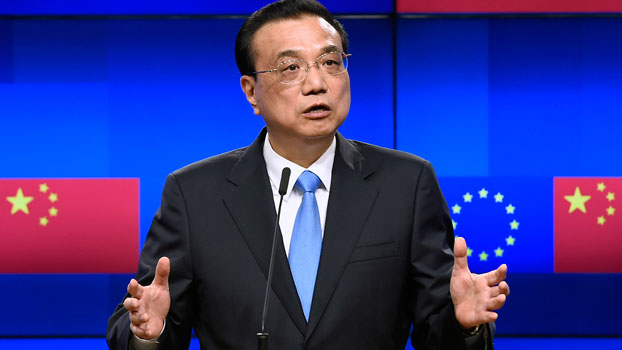 Other analysts say they believe that incoming EU leaders and lawmakers will forge ahead with a more aggressive attitude towards China.

“We can expect continuity in the overall approach towards China,” said Matej Šimalčík, executive director of the Central European Institute of Asia Studies in Bratislava, Slovakia.

“Particulars will be dependent on the final division of posts in the College of Commissioners,” he wrote in an email.

EU member states are now putting forward candidates, who must be approved by lawmakers, to serve as the bloc’s 28 commissioners responsible for specific policy areas.

“I expect these law- and policymakers to be more assertive vis-à-vis China, but this will also greatly depend upon circumstances, and in particular whether [U.S. President] Donald Trump is reelected in the U.S. and whether the — up to now, mostly U.S.-Chinese — trade and tech war directly touches European economics,” said Bruno Hellendorff, who specializes in EU-China relations at the Egmont Institute, a Brussels-based think tank.

The U.S., a traditional EU ally that has distanced itself from the bloc under the Trump administration, has been engaged in a bitter trade row with China with increasing tariffs and other measures since 2018. Brussels fears that the trade war could complicate its own trade talks with the U.S. and undermine the World Trade Organization (WTO), the intergovernmental body that regulates international trade.

Added to this is heavy U.S. lobbying of EU countries to avoid doing business with Chinese telecom equipment maker Huawei Technologies Co. Ltd. over concerns that its 5G networks and equipment could be used for espionage purposes at the behest of the Chinese government.

China’s diplomatic mission to the EU in Brussels did not respond to an email request for comment on the stance of incoming EU leaders on China or its main concerns about future EU policy toward the country.

But an online commentary in mid-July by China's online news service Xinhuanet, part of state-run Xinhua news agency, said the “new EU leadership can count on China as a reliable and important partner in safeguarding multilateralism and a rules-based international order.”

“Despite their adoption of different political systems and differences on certain issues, China and the EU are not necessarily becoming rivals,” it said. “Instead, cooperation has already become the mainstay of China-EU relations.”

Once a promoter of closer ties to China, the EU changed tack earlier this year and become more hawkish on the country, whose influence on the European continent has been growing at breakneck speed.

In March, the EC, the EU’s executive arm, issued a strategic reassessment of the bloc's relationship with China, labeling the country for the first time a “systemic rival promoting alternative models of governance” and an “economic competitor and partner in some spheres.”

Released a few weeks before the EU’s annual summit with China, the report was a wake-up call for quicker action to address trade disadvantages and the unfair treatment of European investors in China, and to keep Beijing’s expanding influence in check.

With an eye on China, an EU-wide foreign investment screening mechanism came into force in April to protect member states’ strategic interests by providing scrutiny over purchases by foreign companies that target Europe’s strategic assets.

In the meantime, the EU and China are engaged in difficult negotiations on a comprehensive investment treaty that would replace all bilateral investment agreements (BIT) between China and individual EU member states.

The talks have been held since 2013, and the two sides are expected to sign a deal next year that would protect European investments in China and improve market access for EU companies.

Fraser Cameron, a former British diplomat and director of the Brussels-based EU-Asia Center think tank, said that while there will likely be no major changes in the EU’s stance towards China in the short term, much will depend on the outcome of the BIT negotiations and China’s attitude toward WTO reform.

The EU has called for the strengthening of international rules on industrial subsidies, which give countries like China an unfair advantage, and for increasing monitoring, negotiating, and dispute settlement procedures in the WTO.

China already has taken some measures to meet the EU’s demands about a more level playing field.

In late March, China passed a new foreign investment law to ease restrictions on foreign companies by placing them on equal footing with domestic investors in the Chinese market and offer them the same protections. The law will take effect on Jan. 1, 2020.

At the EU-China summit in April, both sides signed a joint statement in which they agreed to support multilateralism and rules-based trade, restated their joint efforts to reform the WTO, and said they would work together to address industrial subsidies. 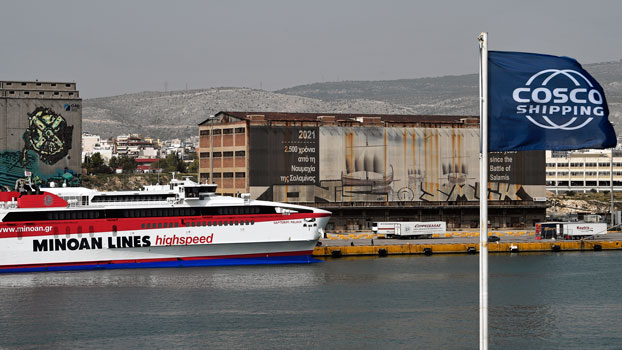 A ship sits in front of old warehouses in the Greek port of Piraeus, which is being expanded and transformed by Chinese state-owned shipping giant Cosco under China's Belt and Road Initiative, in Athens, Greece, Oct. 18, 2018. Credit: AFP

Despite all the tough talk, some EU countries are going it alone in pursuing deals with China under the BRI, presenting a challenge for the bloc as a whole as it strives to reach a consensus on China policies.

“Several European countries see a clear interest in developing their relationship with China as an alternative and counterweight to traditional, intra-European partnerships and issues,” Hellendorff wrote in an email.

Some of the EU nations participating in the BRI are Austria, the Czech Republic, Hungary, Poland, Bulgaria, Slovakia, Greece, and Portugal.

Earlier this year, Luxembourg and Italy signed formal agreements with China to participate in the investment program, moves that the EU says are well within the scope of individual members and do not conflict with EU policies.

Italy, the eurozone’s third-largest economy and the largest country among the Group of Seven major industrialized nations to sign up for the BRI, ignored warnings from Brussels and criticism from Washington when it inked deals with China for roughly 30 projects worth about 2.5 billion euros (U.S. $2.8 billion) to develop ports, logistics, marine transportation, and infrastructure in other sectors.

But the BRI presents another set of obstacles for EU-China relations with the murkiness of the initiative's tendering process, the favoring of Chinese companies, lack of due diligence in various aspects of project planning, and negative effects of Chinese lending practices on specific nations' exposure to external debt, Hellendorff said.

“Originally, expectations were high, and the European narrative was positive,” he said. “But as the BRI accumulated hiccups, the mood changed.”

“So we want to follow this with an open mind, but also [a] critical [one],” she said.

The Chinese don't say what they think, don't think what they do and don't do what they say.Beware EU.