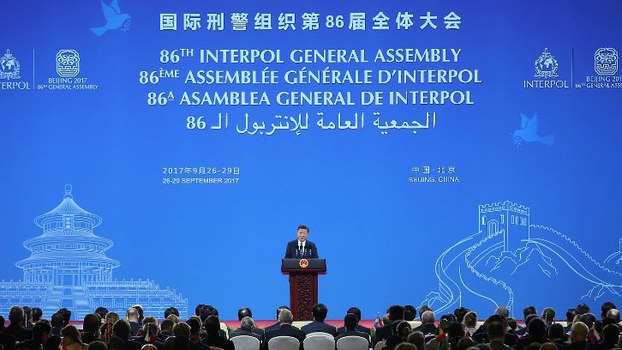 China is reportedly holding Chinese Americans hostage, preventing them from leaving the country, as a means to put pressure on overseas family members to return to China, according to a recent report.Law enforcement agencies under the ruling Chinese Communist Party have prevented several U.S. passport-holders from leaving China in recent years, including a pregnant woman, the U.S.-based Daily Beast reported this week.At least two dozen cases of exit bans, often in connection with a police investigation, have been reported during the past two years, with the authorities often using the U.S. citizen as leverage to persuade a relative to return to China, it said.Some of the cases are linked to the pursuit of Chinese citizens thought to have fled overseas after committing economic crimes, under President Xi Jinping's "Operation Fox Hunt" program, which tries to pursue them as part of an anti-corruption drive.Shanghai-based rights activist Feng Zhenghu said such practices are "inhumane," while also noting that Chinese nationals are subjected to exit bans."Some people are not allowed to leave the country," Feng said. "I have also been under such restrictions since 2015.""The official reason was that it would be detrimental to national security for me leave the country," he said. "They are pretty powerful, and they use that power to do illegal things.""They can place you under restrictions, with no regard for the law," he said.U.S.-based political risk management consultant Fang Enge said there are also documented cases of Chinese agents following people to the U.S. to put pressure on them to return to China.Corrupt officials and dissidents targeted

According to Fang, sometimes the targets of such efforts are corrupt officials suspected of siphoning off public funds, but sometimes they are dissidents and peaceful critics of the ruling Chinese Communist Party, or their close relatives."China detains people like dissidents and corrupt officials and so on, to target their relatives in the U.S.," he said. "They have also sent people in person to persuade [U.S. citizens of Chinese descent] to return to China.""Naturally, the U.S. is angry about these actions by the Chinese government; these actions by the Chinese state are causing considerable concern in the U.S.," Fang said, calling on Beijing to end the practice.

Contacted by RFA in Washington, a State Department spokesperson had no immediate comment on the report. The U.S. embassy in Beijing did not answer phone calls from RFA's Cantonese service.The Daily Beast article quoted veteran rights campaigner John Kamm, of the founder of the Dui Hua Foundation, as saying that U.S. citizens can be prevented from leaving China if they are being regarded as a material witness in an ongoing criminal case."Or that individual might be in effect being held as a hostage in an effort to get the people back," he said.The State Department posted a travel advisory in January warning that U.S. citizens can be forced to remain in China against their will."Exit bans have been imposed to compel U.S. citizens to resolve business disputes, force settlement of court orders, or facilitate government investigations," the department said in a statement on its official website."Individuals not involved in legal proceedings or suspected of wrongdoing have also be subjected to lengthy exit bans in order to compel their family members or colleagues to cooperate with Chinese courts or investigators," it said.According to Article 13 of the Universal Declaration of Human Rights: "everyone has the right to leave any country, including his own, and to return to his country."Reported by Wong Lok-to for RFA's Cantonese Service. Translated and edited by Luisetta Mudie.