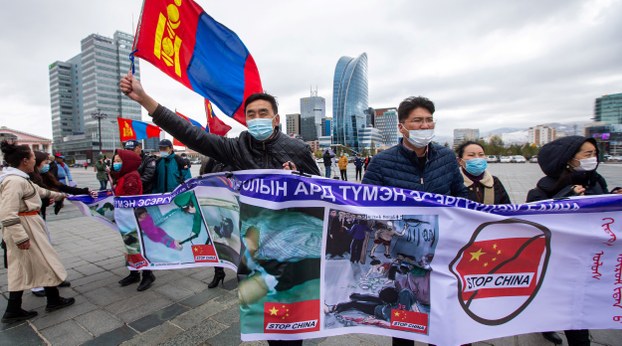 Chinese authorities in the northern region of Inner Mongolia have detained at least 8,000 ethnic Mongolians amid regionwide resistance to plans to phase out the use of the Mongolian language in schools.

"An estimated 8,000–10,000 [ethnic] Mongolians have been placed under some form of police custody since late August," the New York-based Southern Mongolia Human Rights Information Center (SMHRIC) said in a statement on its website.

The ruling Chinese Communist Party has carried out mass arrests, arbitrary detentions, forced disappearances, house arrests, and "intensive training" across the region, which borders the independent country of Mongolia, after parents and students organized a region-wide class boycott and took to the streets in protest at changes to the curriculum, sources in the region and overseas rights activists have said.

He said some detainees have refused officially appointed lawyers, in the hope of appointing a defense attorney of their own.

Hu was detained by police in his home city of Tongliao along with at least eight others on suspicion of "picking quarrels and stirring up trouble," a charge often used to target peaceful critics of the ruling Chinese Communist Party.

U.S.-based ethnic Mongolian Nomin, a former colleague of Hu's, said she had been unable to get in touch directly with anyone connected with Hu or Yang.

"I talked to Yang [before the protests], and she told me she wouldn't be taking part because she had just gotten married," Nomin said. "She had opened a restaurant in Xilinhot, but the police still had her under constant surveillance."

"A couple of police officers would just go and sit in her restaurant every day without saying anything," she said.

Local governments, party committees, Communist Youth Leagues, state prosecutors, and courts have issued wanted notices across the region for anyone engaging in protest activity, it said.

"It is laughable that five different authorities including the court and procuratorates, who really have no business in this matter, piled up their rubber stamps on a single document to intimidate Mongolians," he said.

Among the thousands placed in some form of detention are prominent ethnic Mongolian dissidents and their families, rights activists, writers, lawyers, and leaders of traditional herding communities.

Ethnic Mongolian dissident writer Hada, who remains under house arrest following a 15-year jail term for "espionage" and "separatism," is now completely incommunicado, while the whereabouts of his activist wife Xinna and the couple's grown son Uiles are currently unknown, SMHRIC said.

In Shuluun-tsagaan Banner, a county-like administrative division, writer and poet Nasanulzei Hangin is under criminal detention after rallying 500 Mongolians in a protest against the new language policy in schools.

In Ordos, musician Ashidaa is under criminal detention for taking part in protests, and has been denied visits from family members, while rights attorney Huhbulag remains in detention without charge, SMHRIC said.

The group said it was concerned about the growing number of references to "intensive training" in official documents during the crackdown, indicating that a "re-education" program is already under way across the region.

It cited a Sept. 14 official document as saying that "parents and guardians who fail to send their children back to school on time will be given legal education training."

One school issued a notice to parents declaring "war" on organized resistance to the language policy.

"Special task forces from the government, party, law enforcement, and judiciary branches are already stationed in our school," the notice issued by Chavag No. 2 High School said. "This is a war."

According to SMHRIC, first-graders in elementary schools are now required to undergo military training similar to that undergone by first-year college and university students across China.

Resistance to the loss of mother-tongue teaching in schools continued, even on China's Oct. 1 National Day celebration, despite the crackdown, SMHRIC said.

Secondary school students in Bayanhushuu held up a large poster with a portrait of Ghengis Khan, inscribed with a slogan supporting Mongolian as their ancestral language, while hundreds of ethnic Mongolian sports competitors near Ordos sang the new anthem of the resistance movement, titled "My Mongolia, an eternal flame that should never be extinguished."

Ethnic Mongolians in China have migrated to other available social media platforms after their group chats were shut down by WeChat. 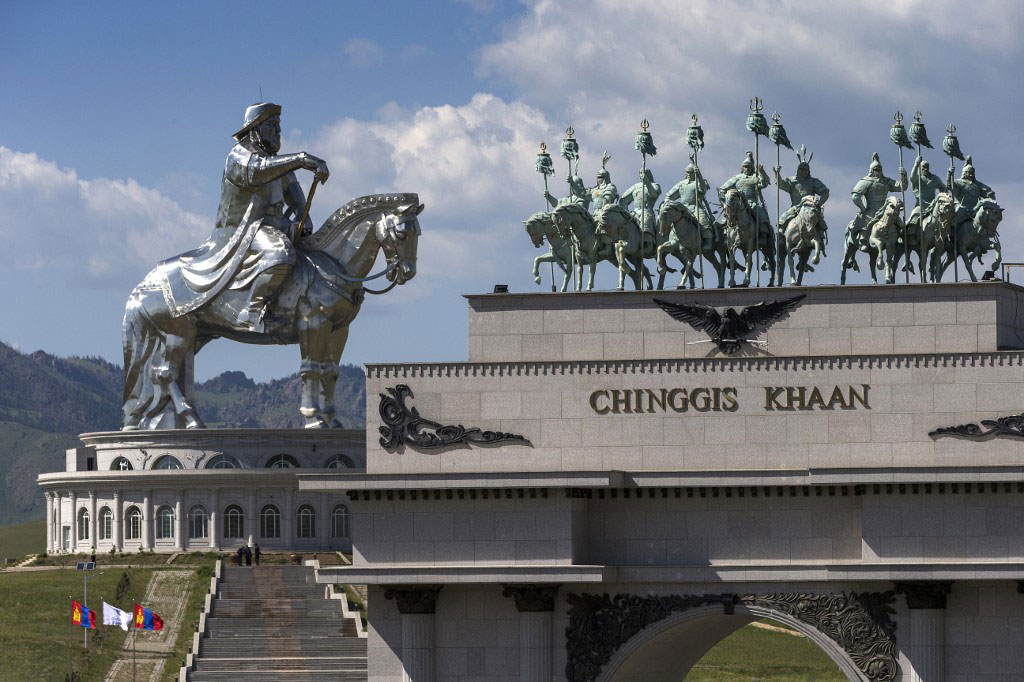 Protests in the US, France

In California, ethnic Mongolians have held six protest rallies one after another in the past month.

Protest organizer Tuya Bliss, a volunteer teacher of the Mongolian script in the Bay Area, said they had protested outside the Chinese Consulate in San Francisco, at San Francisco City Hall, and in Oakland, with dozens of people taking part throughout September and October.

"We have seen terrible human rights violations against Uyghurs and Tibetans, so when we know that Mongolians have become another target, we are not very surprised," a protester who gave only the name Anna told RFA at a recent protest. "So Americans need to be told what happened."

On Oct. 13, a French museum announced it was shelving an exhibit about Mongol Emperor Genghis Khan, citing interference by the Chinese government, which it accused of trying to rewrite history.

The Château des ducs de Bretagne history museum in the western city of Nantes said it had decided to put the show on hold after the Chinese authorities demanded that certain words, including “Genghis Khan,” “Empire,” and “Mongol” be taken out of the show. Subsequently, it said that they asked for editing power over exhibition brochures, legends, and maps.