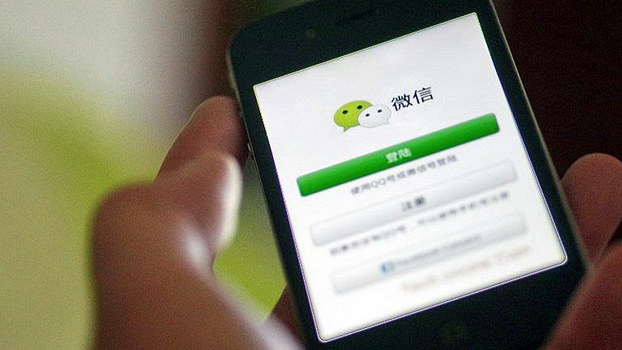 The ruling Chinese Communist Party is mulling a proposal that could allow its citizens to "tap in" to Hong Kong and Macau with their smartphones instead of a travel permit, using the ubiquitous social media app WeChat.

WeChat's parent company Tencent is currently looking at ways to make the current Exit-Entry Permit for Travel to and from Hong Kong and Macau into a digital pass system through a plugin within the app, local media reported.

The aim is to streamline travel for Chinese passport-holders to the cities, which run separate immigration borders under the terms of their handover from the U.K. and Portugal in 1997 and 1999, respectively.

Tencent has also said it wants Chinese citizens to be able to use their national ID cards, required for access to many everyday services in China, in electronic form, using the app.

The company recently said in a statement that its digital ID card had been approved by the Ministry of Public Security.

The digital entry pass is part of China's new plan for a "Greater Bay Area" linking the Pearl River Delta cities of Guangzhou, Hong Kong, Macau, Shenzhen, and Zhuhai with streamlined infrastructure that will extend China's national high-speed rail network to a terminus in Hong Kong, including the 31-mile (50 kilometer Hong Kong-Zhuhai-Macau bridge scheduled to open in July.

But there are concerns in Hong Kong that rapid integration with mainland China could lead to an effective erosion of the city's status as a separate jurisdiction, promised under the terms of its handover agreement.

Hong Kong Human Rights Monitor director Law Yuk Kai said it is unclear whether the move will result in a bypassing of immigration checks, and the city's right to refuse entry to Chinese citizens.

"If anyone holding a document issued by the mainland Chinese authorities will be allowed to enter Hong Kong without hindrance, then this would be a matter of concern, if that power to regulate our environment were lost," Law told RFA.

"If mainland China alone can decide who comes in to Hong Kong, that that would constitute a failure to respect the separate jurisdictions," he said.

He said there would be concerns over a loss of control of the city's borders, partly because of a possible increase in population, and partly because Hong Kong residents could lose political influence to an influx of mainland Chinese.

Pro-democracy lawmakers in Hong Kong's Legislative Council (LegCo) are currently trying to stall a controversial piece of legislation that would allow the law of mainland China to be enforced within Hong Kong city limits at the high-speed rail terminus in West Kowloon.

The pan-democratic camp, which is banned from filibustering after a crucial rule-change, is using "limited tools" linked to quorum rules to try to delay the bill, as well as tabling dozens of potential amendments.

Council Front lawmaker Au Nok-hin said their action is justified because the bill has scant support among the general public.

"What we can do is to try to use the limited tools in order to express to the public that we do not support the current arrangement," Au told government broadcaster RTHK. "I think that we have our obligation to try to express that there are still a lot of problems with the co-location arrangement."

"Actually the use of digitization and electronic technology is very advanced in mainland China right now," Liu told RFA. "But it is also very dangerous."

"One the one hand, it's extremely convenient to use ... smartphones in this way, but on the other, there are no protections for individual privacy," he said.

In January, Tencent expanded its user base to Hong Kong residents, who can now use WeChat's highly popular cashless payments system without needing a mainland Chinese bank account.

The payments system has also expanded to include residents of Macau and Taiwan, a democratic island that has never been ruled by the Chinese Communist Party.

Beijing's rubber-stamp parliament, the National People's Congress (NPC), announced last December that it would extend Beijing's authority to the high-speed rail terminus to enable a streamlined process for passengers boarding the trains in Hong Kong, despite of the city's status as a separate immigration, policing, and customs jurisdiction.

The "co-location" arrangement has already been criticized as unconstitutional as a violation of Hong Kong's mini-constitution, the Basic Law, with the city's Bar Association (HKBA) putting forward a detailed criticism of the ruling.

Articles in the Basic Law allowing Hong Kong to make certain arrangements to enable cross-border trade and economic links "do not authorize" the city's government to act inconsistently with the rest of the law, the HKBA said.

Reported by Jia Ao for RFA's Mandarin Service and by Lam Kwok-lap for the Cantonese Service. Translated and edited by Luisetta Mudie.