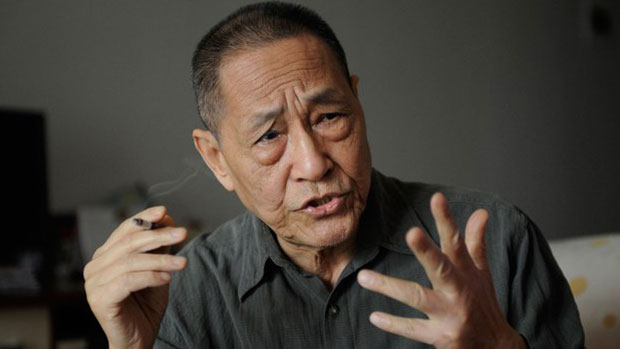 The ruling Chinese Communist Party has announced a new ideological campaign targeting the country's intellectuals, particularly those who may not be "patriotic" enough.

The campaign is based on remarks by President Xi Jinping on "carrying forward the spirit of patriotic struggle," state news agency Xinhua reported, citing a joint statement from the party's organization and propaganda departments.

The campaign will seek to wage "unremitting struggle" among intellectuals so as to "strengthen unity," it said.

In practical terms, all departments are being ordered to strengthen propaganda work, including "interpretation" of Xi's directives, by organizing study sessions for intellectuals, the agency said.

Such sessions must "enhance the ideological identity, emotional identity, and value identification" of intellectuals in Xi's "new era of socialism with Chinese characteristics," the directive states.

Individuals may also be singled out for such work, it said.

Departments at all levels are required to submit concrete plans for the implementation of the directive, the report said.

A former propaganda department official who gave only his surname Wang told RFA that the directive is essentially an order to begin the mass "brainwashing" of China's intellectuals.

"Chinese intellectuals are particularly hard to control," Wang said, in the wake of a lengthy article published by Tsinghua University law scholar Xu Zhangrun hitting out at the removal of presidential term-limits, meaning that Xi can carry on for his current term as president indefinitely.

"Things are very chaotic in scientific and academic circles right now, and intellectuals and scientists in particular have benefited the least in the years since economic reforms began [in 1979]," he said.

"Patriotic struggle means that they want them all to be singing from the same hymn sheet, and the struggle part means that tough times are coming," he said.

Retired party school professor Du Guang said that it was hard to see how the directive could lead to anything useful.

"It doesn't seem to state an aim, just a requirement, namely that intellectuals must be patriotic and they must struggle," Du said. "But intellectuals are already patriotic."

"Ever since President Xi took power, we have seen his administration try to control too much as it is," he said. "Exactly how they plan to tighten existing controls still further is very hard to say."

"If you live in China and you're not a party member, you might as well be a child," Bao wrote in a recent commentary broadcast by RFA's Mandarin Service. "You are expected to show your love and gratitude to the party with everything you've got, to fear the party, and to follow it without question, acting as its tool and as its cannon-fodder."

"Why? Because the party has overturned a regime, fought a war, and killed a lot of people, as well as having a lot of its people killed," Bao wrote. "According to this logic of violence ... that qualifies it to rule over everything, as well as to occupy and dominate all [resources]."

"Sixty years ago, Mao Zedong ... decreed that the party should be in charge of everything," he said. "The right to rule has been the spoils of victory for the Chinese Communist Party."

The Chinese Communist Party's purge - again - of the best and brightest of Chinese society will only hurt China. The world looks on sadly as the common Chinese worker again shoulders the spilled blood (Tiananmen) and wasted lives (re-education camps) associated with past and present '5 Year Plans.' Do we not learn from our mistakes?