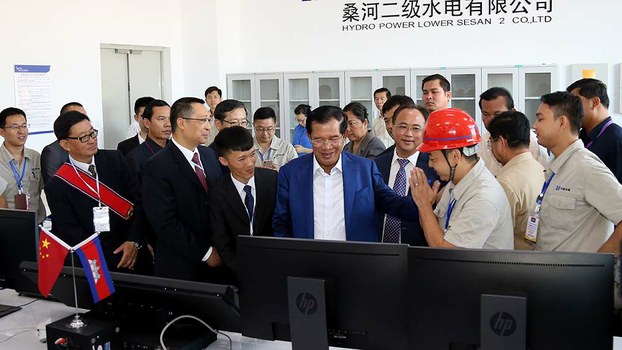 Cambodia’s Prime Minister Hun Sen brought the country’s largest hydropower dam online Monday, suggesting at a launch ceremony that opposition to the controversial project had been sown by foreigners bent on turning the public against development.

A joint venture between Cambodia’s Royal Group and China’s state-owned Hydrolancang International Energy Company Ltd., the U.S. $781 million Lower Sesan 2 mega-dam along a tributary of the Mekong River in northeastern Cambodia’s Stung Treng province, has come under intense fire by locals and green groups for its negative social and environmental impacts.

More than 5,000 villagers have been forced to vacate about 74,000 acres of forest and farmland that were flooded by the dam’s huge backwater lake, and many say they were inadequately compensated, while environmental organizations have warned that the dam could devastate fish stocks along the waterway.

At a ceremony to open the 400 megawatt dam on Monday, Hun Sen dismissed critics of the project, who he said are foreigners who have no right to speak against it.

“I wish to emphasize that the majority of local villagers here support the dam’s construction,” he said.

“Only a few people have caused trouble for this project. Those troublemakers have been incited by foreigners.”

Hun Sen lauded the dam and defended the relocation of villagers, saying they had been provided with new homes and land.

The Lower Sesan 2 is expected to increase Cambodia’s production of electricity by 20 percent and generate nearly U.S. $30 million in tax revenue annually.

The project, which was constructed over the course of four years as part of a build-operate-transfer scheme, will be handed over to Cambodia’s government after 40 years.

Alejandro Gonzalez-Davidson, founder of the Cambodian environmental advocacy group Mother Nature who now lives outside the country, told RFA’s Khmer Service that Hun Sen hoped to distract the public from the negative impacts of the dam with his comments on Monday.

“He won’t admit his mistakes, and he is trying to divert the attention of people from the impacts of the dam by accusing foreigners of inciting the people to protest,” he said. 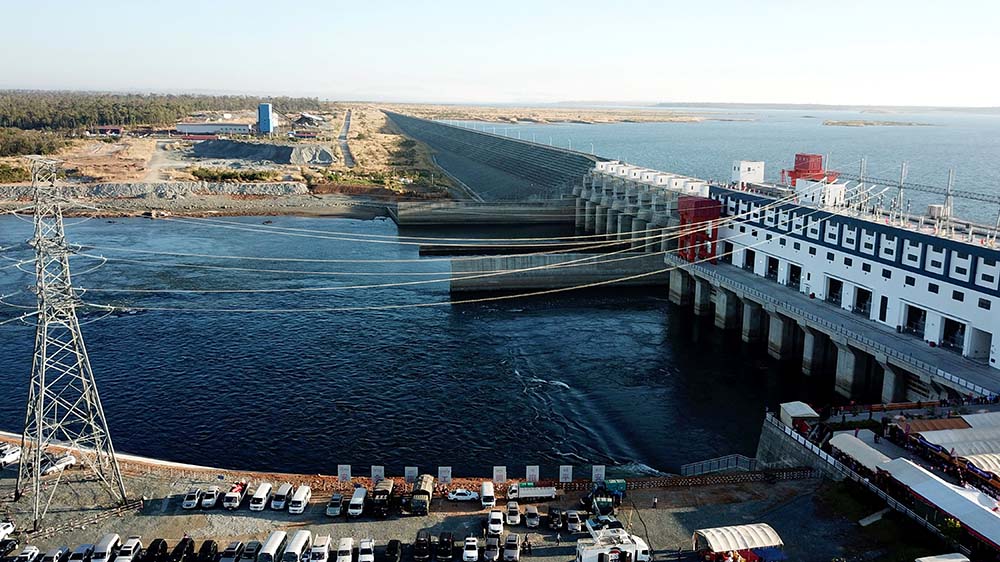 The Lower Sesan 2 is the seventh major hydropower dam to be built in Cambodia and brings the country’s total hydropower production to 1,328 megawatts, although the government has said it is targeting production of 10,000 megawatts and several other projects are under way.

Davidson said that Hun Sen and his government are using dam construction projects as a façade for exploiting Cambodians and committing large scale corruption, including through illegal logging at dam sites.

“I believe that no dam construction project is free from corruption,” he said.

“Projects that involve billions of dollars like that make Cambodia vulnerable to corruption.”

In July, the collapse of an auxiliary dam at the U.S. $1 billion Xe Pian Xe Namnoy hydropower project in Champasak province, across the border from Stung Treng in Laos, caused severe flooding that claimed the lives of at least 40 villagers, according to official figures, and displaced thousands of others who were forced to shelter in temporary camps.

Last month, experts told RFA that with plans for 11 large dams either proposed or under construction on the mainstream of the lower Mekong River in Laos and Cambodia, and for about 120 dams on Mekong tributaries by 2040, more disasters are likely to occur.