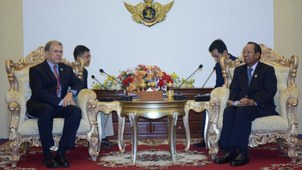 The two discussed military cooperation amid US fears of growing Chinese influence.

At least hundreds displaced as storm destroys farms and homes in the southern Lower Mekong region.

Nearly 1,000 appeal to Prime Minister Hun Sen and King Sihamoni, but leave with no promises of help.

He likens the conditions at the notorious prison to those at Khmer Rouge-era detention centers.

Cambodia Slams US Sanctions on Chinese Developer as Attack on Sovereignty

The US Treasury sanctioned UDG for abusing human rights and corruption in the Dara Sakor project.

Where exactly Chen’s money came from is unclear – as is how he transformed from a 27-year-old nobody into one of Cambodia’s most successful tycoons in just six years.

Muong Sopheak had taken part in a protest calling for the release of several other jailed activists.

Workers say they need to make between US $38 to $58 more a month to keep pace.

Medical staff say Seng Chanthorn suffered ‘internal injuries’ when she was slammed to the ground.

Cambodian Environmental Activists Arrested Before Protest Over Development on Lake

The three activists had planned to march to the home of Prime Minister Hun Sen to demand an end to development on Boeung Tamok Lake.

Kem Sokha's arrest in 2017 marked the beginning of a three-year campaign by Cambodian Prime Minister Hun Sen to eliminate opposition to his rule.

Kaing Guek Eav, also called Duch, was responsible for the deaths of more than 12, 272 prisoners held at Cambodia's notorious Tuol Sleng Prison from 1975-79.

As forests shrink, the hunt for honey takes hours of driving before arduous hikes and climbs.

The ‘Respectable’ Faces that Help Cambodia’s Elite Loot the Country 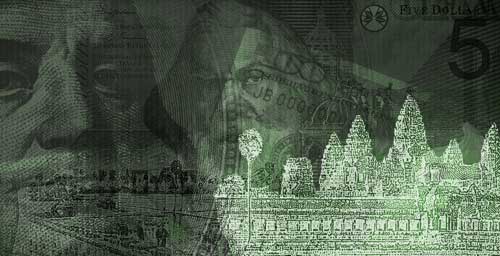