Chinese writer and democracy activist Liu, 61, is currently being treated at a hospital in Liaoning's provincial capital Shenyang, his lawyer told RFA, following a diagnosis of late-stage liver cancer little more than a month ago. Liu was awarded the 2010 Nobel Peace Prize "for his long and non-violent struggle for fundamental human rights in China" in a decision that infuriated Beijing, which says he has broken Chinese law.
2017-06-28
Tweet 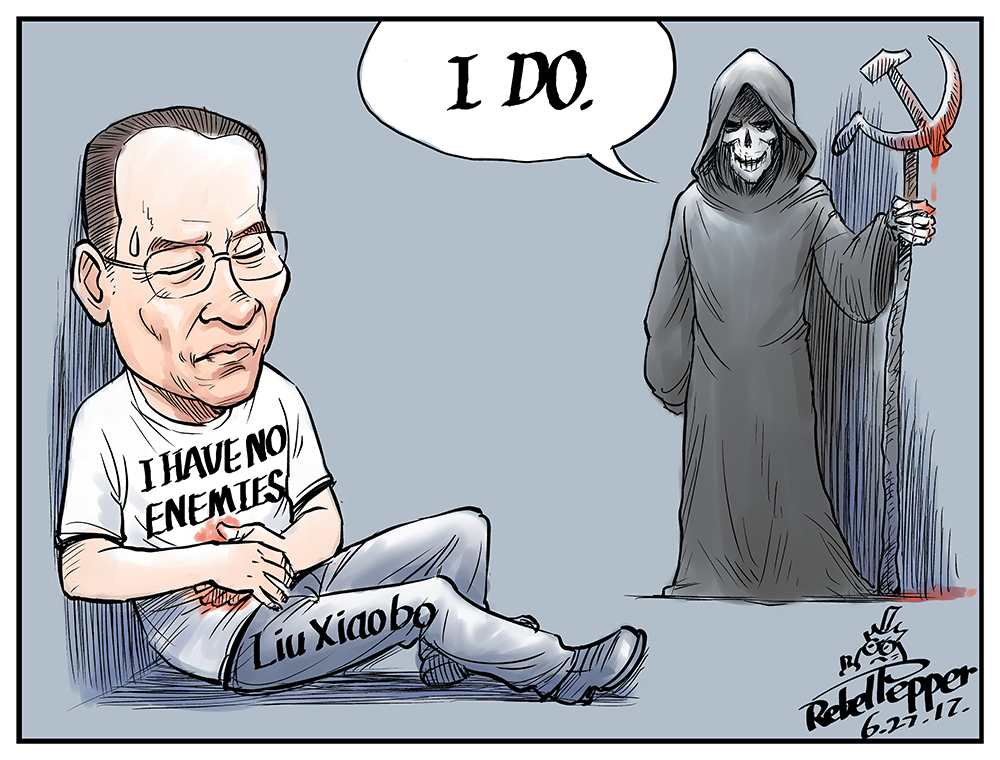